So I finished up all the gift bags for the sets and will be posting in order how they were completed. The Stylish was the second set I did. 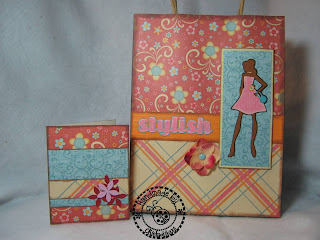 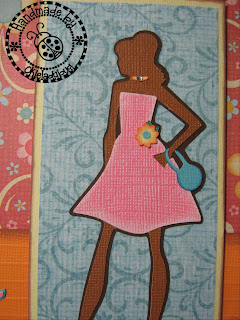 pocket. At least she doesn't have some kinda weird thing on her forehead!

I will confess I used my Gypsy on all of the giftbags. I am trying to get use to it so I can use the E2 when it comes in. Hopefully I will understand the Gypsy enough by then that I won't spend weeks looking at the E2 and thinking "UH...now what do I do". 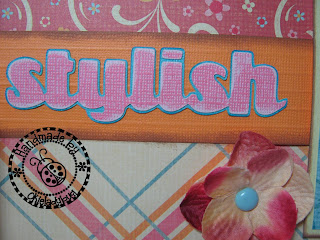 Scoreboard. I laid the strip face down and just ran the bone folder down the length of the strip. I have seen people use this method and always thought it gave interesting detail to otherwise plain cardstock.

I was in Salvation Army one day and found a vine of flowers. Some of them were ugly but some I thought I could use for cards. I got the vine for $1.99 and was able to get quite a few useful flowers from it, definitely worth the price! 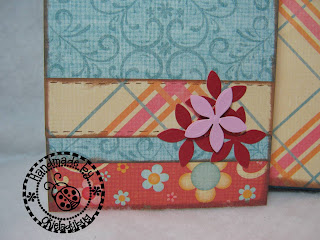 department. I think they change colors for seasons. I have about 6 different colors right now I do believe. I know a lot of card makers use these flowers. My friend Linda, aka LGuild, likes to get the white ones when she can find them. She says she thinks it is better to color them so she can get the color she wants. I am too lazy to do such a thing so I just go with what I have!

I will be posting the other two bags and note card sets over the next two days. I am ready to move on to another project now. This one kept getting interrupted with LIFE, sometimes I just hate that! Okay so I hate it anytime LIFE interrupts my crafting!!
Posted by okieladybug or okie_ladybug