Last year after Christmas when I was in Houston I hit up a few Hobby Lobby's and bought a few packages of the 3.25" clear ornaments, there is 4 in a package, that everyone had been using to decorate so I could do some of the glitter ornaments that is all the rage. I really hadn't decided exactly what to do and I have done a few that are personalized. I had gotten some brown fine glitter a few weeks ago thinking I could do some Gingerbread ornaments and I also wanted to try my hand at some snowmen ornaments.

I  made a file for a Gingerbread face about a week ago and loved it and after that I decided to make some for snowmen but that wasn't good enough and I thought "They need hats!". After two days of designing and tweaking *okie thinks she really needs to get a degree in engineering or something to make this whole process go faster* I was able to get the files done.

I have already posted some pictures in a group on Facebook and got an overwhelming response about how much people loved the ornaments. For once I was pleased with my results, so many times I don't like what I make but ya know they say we are our own worst critics.

Since the hangers are covered by the hats I included a hole in the top of the hats so ribbon can be tied to the hanger and then threaded through the top of the hat. After I got the faces on I thought they looked a little plain so I decided to try some alcohol ink to put a blush on the cheeks and it worked! Just don't be heavy handed with the alcohol ink and if you have some alcohol blending solution it makes it easier to correct any mistakes, or an alcohol blender pen will help with any touch ups a well. I used one of those little triangle make up sponges and just a dot or two of ink and then pounced on paper before pouncing on the cheek area. 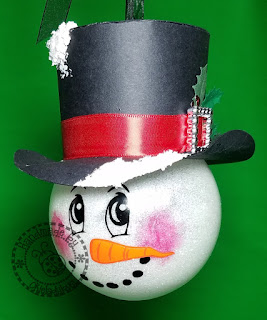 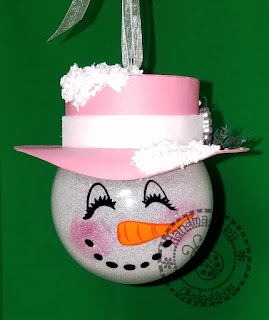 Decorating the hats was a lot of fun because there are so many options. The file does include a cut for a paper ban but I used ribbon instead. I also included some holly leaves in the file but for mine I used the Martha Stewart holly leaf punch and tree branch punch. The red "berries" are some hot fix embellishments, I believe from Imaginisce. On the lady hat I also added some hot fix rhinestones. The little silver embellishments are ribbon slides. I added some Sobo glue at the bottom edge of the hat so they would stay in place on the ornaments. Guys I can't tell you enough about how awesome this glue is for things that are hard to adhere! 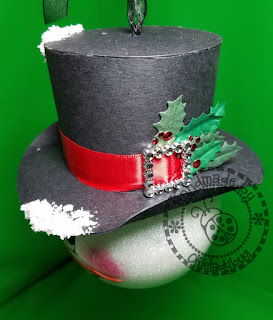 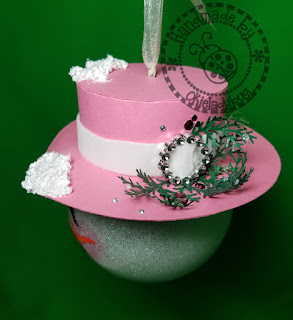 Now about the Gingerbread bonus! 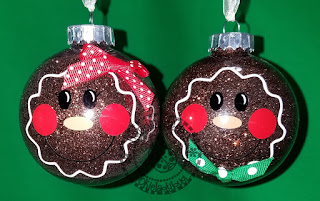 The brown glitter is some that I found at Hobby Lobby, not in the scrapbook department though. I am going to replace their mouths with some white vinyl so they show up better because with the brown glitter they are just too hard to see since they are so thin. 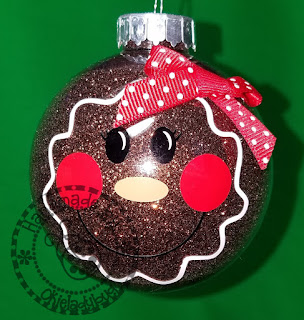 The girl Gingerbread man *okie thinks that just doesn't even sound right* I added some eye lashes so she would look more womanly, or girly, whichever you prefer. The ribbon is attached with Sobo glue but I think some redline tape would work just as well. 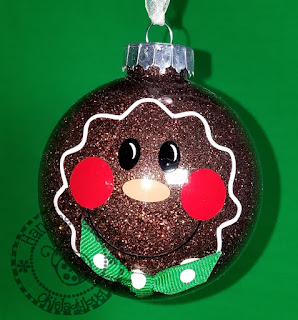 Putting on the squiggle outline can be a little tricky because of the spherical design of ornaments and I did have to trim a few areas because there are wrinkles after applying. While I feel like I am an adequate designer, I am not a genius in this area and wasn't able to make the file to avoid this. But hey, it's a free bonus!!

Once you hit the "BUY NOW" it will take you to Paypal where you can pay for the item. Once purchase is complete Paypal will redirect you to "Return to Merchant" where you will given the link to download the files from Google Drive.

4 files are included in this purchase.