I was sent sample of a new product from Letraset, the makers of ProMarkers, quite some time ago but then my printer got fried and before I got time to try it out. Since I got the wireless printer hooked up and working I thought I would finally try it. The product is called Safmat Film.

Safmat Film is a product that you use to print designs onto materials that normally won't go through your printer, such as heavyweight cardstock, acetate, large 3D objects, glass, etc.

It was very simple to use! It's just a matter of printing, trimming, applying and burnishing. That's it!

I did take some pictures of my first use of the Safmat Film so I could show you guys how easy it is to use. 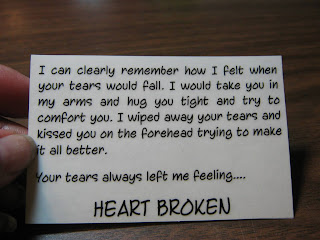 I typed up what I wanted in MSword and then printed on the Safmat. Just make sure you print on the NON-WAXY side.

I then trimmed close to the text with my trimmer. It was very easy to cut, no more difficult than any other paper product. 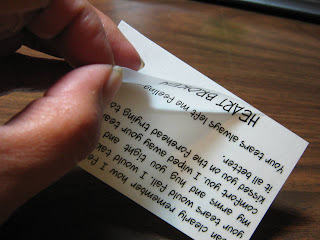 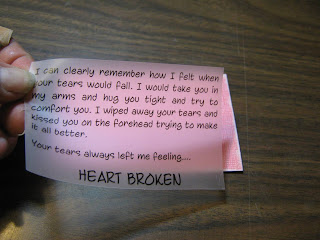 Next I lined up the Safmat onto the cardstock I had prepared. Since I was using textured cardstock I wondered about how well it would look but thought it was better to try it out on texture and say if I liked it than use it on smooth and say I liked it then trying on textured and finding out I didn't. 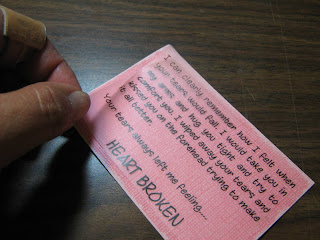 It went down easily and smoothly onto the textured cardstock. 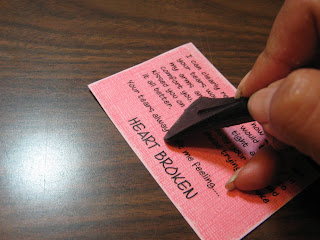 Next I used my Basic Grey rub on tool to burnish the Safmat down. This made the Safmat have a very smooth look and you didn't see the film. It looks like it was typed onto the cardstock. 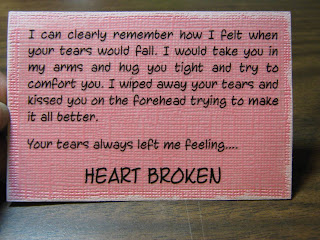 And here is the Safmat applied and burnished to the cardstock. As you can see there is some distinction about the Safmat being on the cardstock but I think it is because this is a close up picture. It actually is not even noticeable on the layout after I got it done.


I am definitely giving this product an A+ on quality, ease of use and most importantly the ability to use it for scrapbooking and cardmaking!

I am hoping to use it for some card sentiments this week. I think with this product it will make it so much more simple to add sentiments on colored cardstock and also to print and apply your own sentiments you need when you don't have that "just right" stamp or the size you are wanting to use.

Tomorrow I will be posting the layout that I put this journaling on so you can see how well it looks.
Posted by okieladybug or okie_ladybug