Stampin Up - Sweets For The Sweet Pinwheel

I couldn't resist the Stampin Up set Sweets For The Sweet when I had my online party a few months ago. I loved all the stamps in the set! 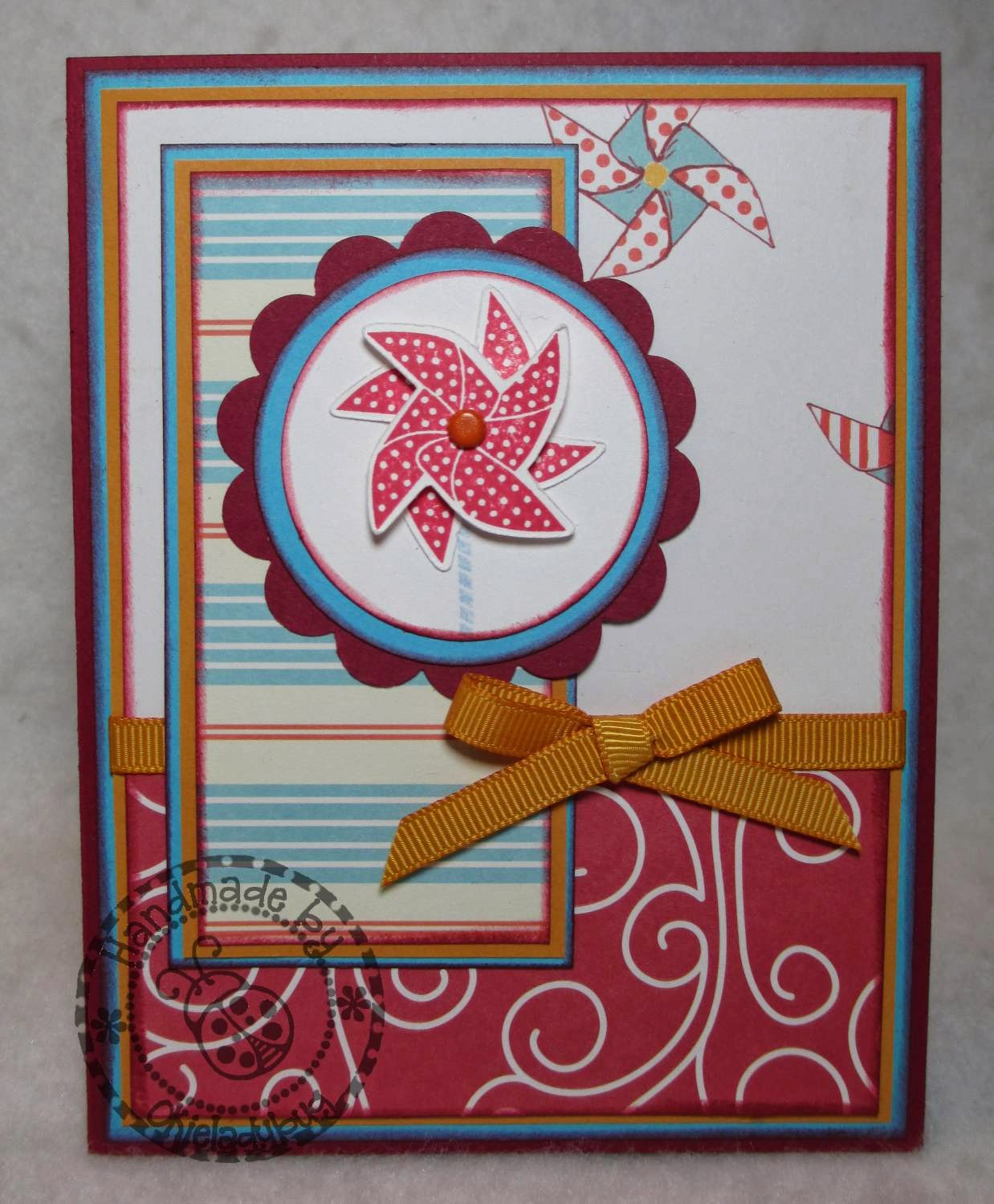 I thought this pinwheel paper I had gotten a long time ago at Big Lots would work nicely but then I had problems finding paper to match it. I think that is always a problem when we only get one sheet in a pack of multiple sheets and another reason I have been going to stacks and collections. At least it did have the stripes on the back.

I was able to finally find some red paper that I liked that went okay with it and I actually thought it went nicely since it reminded me of wind, which is what pinwheels need in order to work. I made a cutting file for the pinwheel and then used my Stampamajig to line up the stamp for the pieces, although I'm not sure it wouldn't be too hard to cut out by hand and maybe faster since I wouldn't have to line up each image. I chose the orange ribbon since the pinwheels on the paper had an orange center. 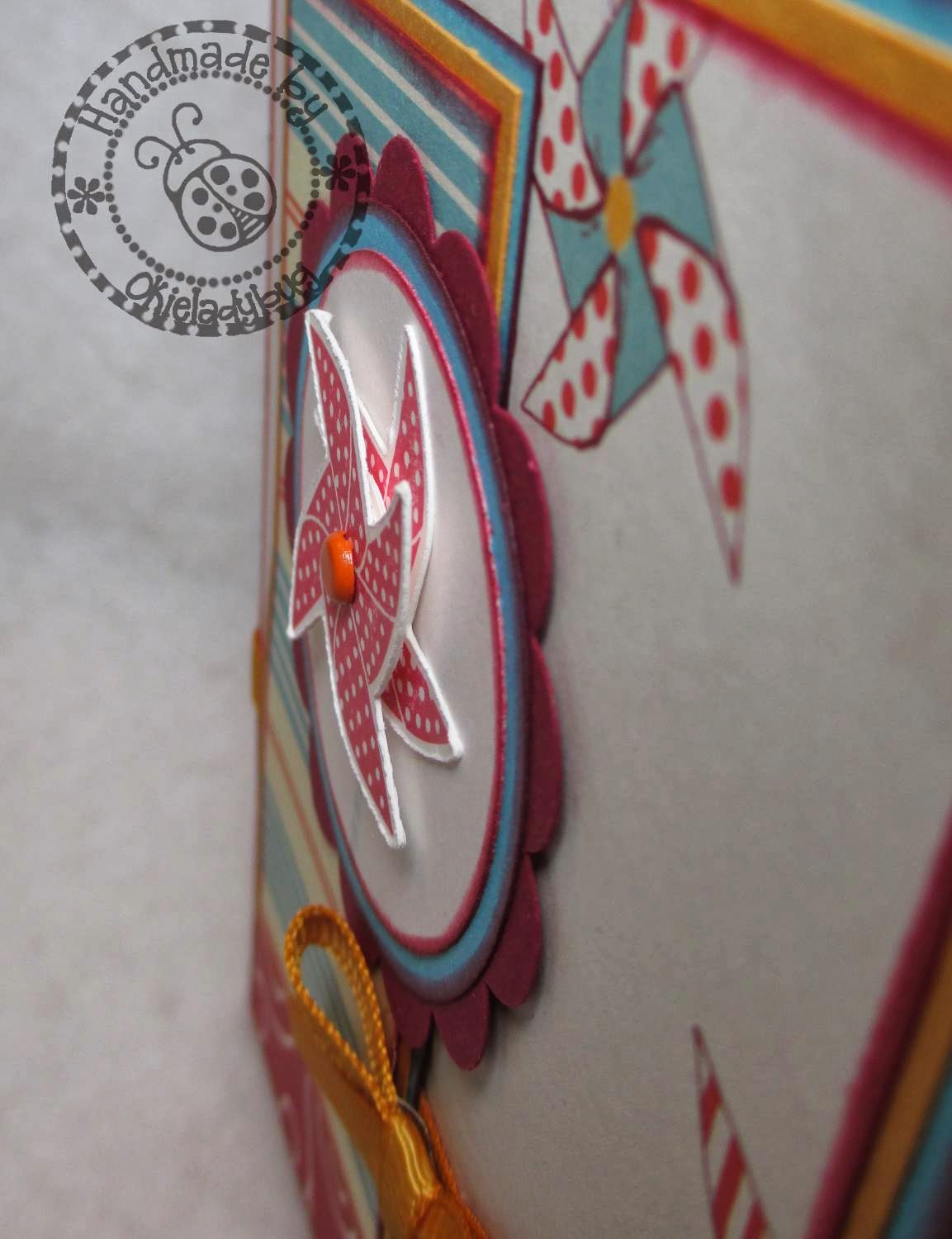 I punched out some 1/2" circles to place between the two layer of the pinwheel and this allows the top layer to turn and also gave it dimension. I poked holes through the centers of the layers and then just assembled using a brad.

I did stamp "Happy Birthday" on the inside of the card this way it could be used for a child or an adult.

I initially didn't like this card but liked it more when I came back to it. When I showed it to my daughter she said she liked it and said "it's simple, you don't do simple very often and I think you should do simple more". Maybe she is right...I should try simple more often.

Email ThisBlogThis!Share to TwitterShare to FacebookShare to Pinterest
Labels: A2 Card, Stampin Up, Stampin Up Sweets for the Sweet