2014 Orlando Vacation - Meeting Up With Friends

We were scheduled to meet up with some friends for lunch at a Bahama Breeze at 1pm the day we got off the ship so once we got back to Karen's we rushed to get showered and changed and head off for our luncheon. 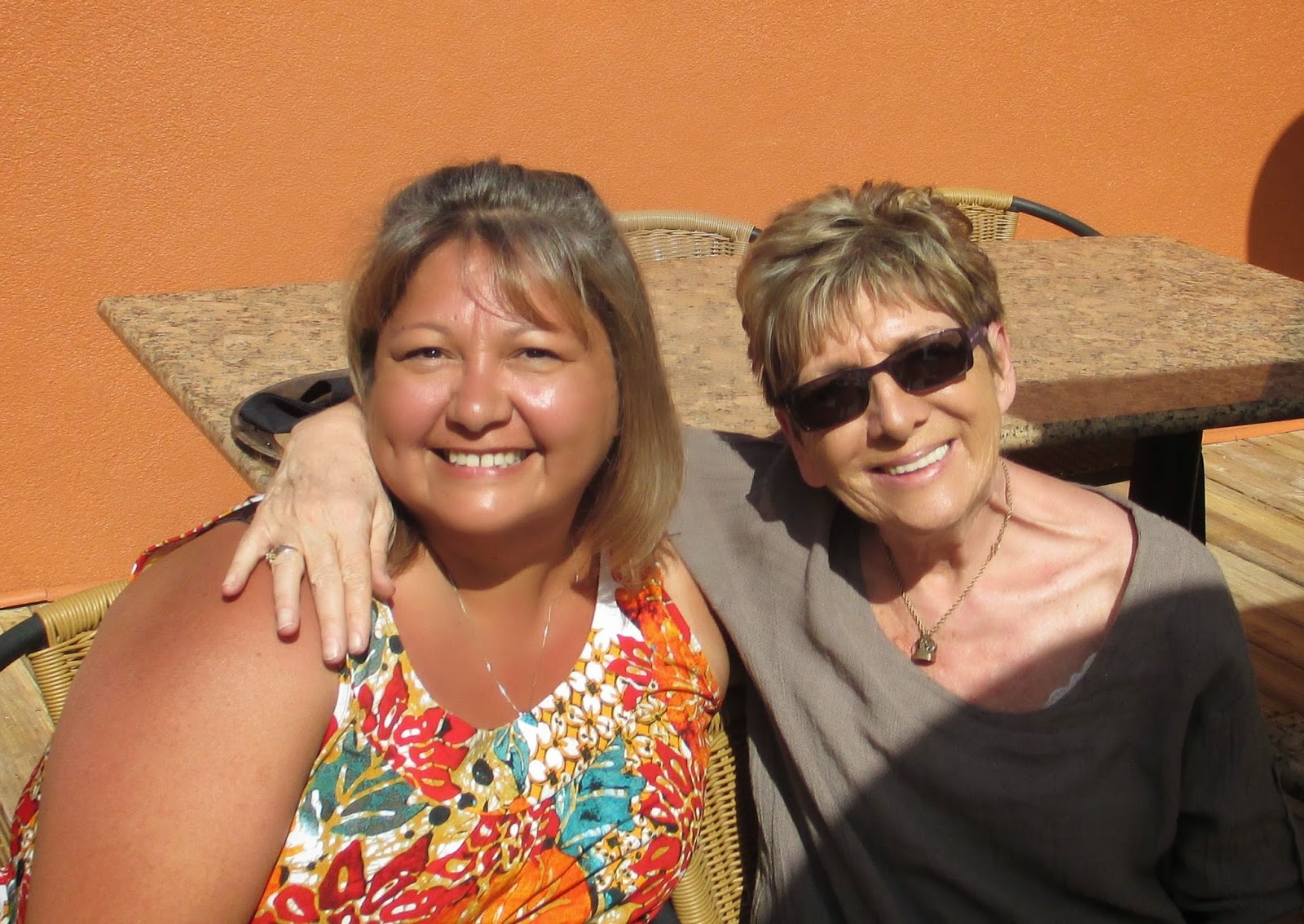 A few people weren't able to make it that were going to be there but we still had a great turn out. I was thrilled to finally meet Enfys of Going Buggy, as we have talked via message boards, Facebook and phone over the years but had never met face to face. I had actually given up on ever being able to meet her since she had relocated back to the UK permanently and was no longer spending part of the year in Florida. It was fantastic when she was scheduled to be in Florida the same time I was going to be there. If you haven't already read the post Enfys made you really need to do so because she had a rather hilarious, well hilarious when she was telling probably not while she was living it, story about her travels to the luncheon. You can find her story at FLORIDA and in the post she shares her harrowing tale.

Here is a group shot of those who attended, all except for Ben who was nice enough to take the group pictures for everyone. Back Row: Enfys, Sheri, Debbie, Okie, Carol, Not sure, Not sure and Karen.
Front Row: Betty, Not Sure, Bethany, Rosemary, Renee and Pat.

The group played Dirty Crafter, which was played the same as I play Dirty Santa at my Christmas parties and we all had a great time with the game.  I think most everyone was there for at least a few hours and then a few of us lingered waiting for I-4 to clear out. We could see it from where we were sitting and it was looking more like a parking lot than an interstate for quite sometime. The folks at Bahama Breeze were absolutely wonderful with us and even moved things around us while we waited so they could get ready for the supper crowd that would be in at anytime. I guess that means some of us were there for almost 5 hours!

After getting back to Karen's I sat with my legs propped up because they were swollen. I really gotta do something about this crap because I do not like having cankles! I blame it on Karen because she keeps me running constantly when we are on vacation. Since she is a nurse she is use to being on her feet for 12 hours, I on the other hand am use to sitting on my arse for 12 hours. Actually my face and hands get swollen as well come to think of it. Karen fell asleep on the couch around 8pm and was out until the next morning.  I spent the evening watching a little TV and reading news articles on the internet before going to bed.
Posted by okieladybug or okie_ladybug