Things Are Getting A Little Crazy...

AGAIN! Thankfully it isn't my personal life that is in turmoil right now.

Things are crazy at work and will be for a bit. My McCall's folks were all excited about Special Olympics and then it was cancelled and rescheduled twice due to weather conditions. They have also been facing a huge staff turnover and that puts the residents in bad behavior cycles, but not all the residents thankfully have behavior problems. I was talking to another therapist that works out there as well and she said she noticed the increase in behavior problems and we discussed it is likely to the staff changes but also due to the odd weather. It's nice and sunny for a day or two and then POOF we are back to wearing our coats. The residents look forward to the warmer weather so they can go outside and also enjoy an increase of on campus activities, such as cooking out and water balloon fights and with the weather going back to cold they get cooped up again just like the rest of us. 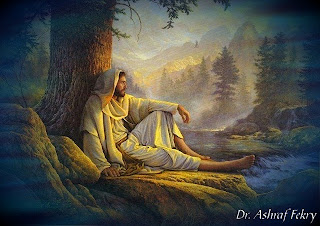 We lost another resident on Wednesday and the facility asked a coworker and myself to be present when they broke the news to the ladies that lived in the same home. One of the ladies who is a lower level stated "Does that mean she's dead?" and when told yes she smiled and said "Oh good! That's nice! She's with Jesus". I couldn't help but smile at the lady as she seemed so happy for her friend being with Jesus. Some of the other ladies didn't take it quite as well and we have had to do few follow up sessions and likely will for a bit.


School will be especially topsy turvy for the next two weeks as testing starts. My schedule will likely be changing not only from day to day but from hour to hour. After t hat we will only have two weeks left of school and the kids seem to go in super lazy, I want out of this hell hole mode and makes for such a pleasant time for those last few weeks. And of course there will be rampant cases of Senioritis going on! A few years ago we actually had a student quit 2 weeks before graduation. As soon as I think I have the teenage mind figured out, oh who am I kiddin? There is no such thing as figuring out the teenage mind!

On the home front things are going pretty good. Some of you might have noticed my little ticker on my sidebar that is from My Fitness Pal. I decided I needed to get more serious about what I eat so I downloaded the app to my phone. I actually downloaded and played with it before going on vacation but didn't start faithfully using it until this past week. Once I stopped smoking cigarettes I started eating more and sadly gained 17 pounds. My doctor was not thrilled with my weight gain until I told him I had quit smoking. The man was downright giddy about the whole situation then and said we would deal with the weight gain. So, that is what I am doing. Now if I could just get my lazy butt up to exercise. I even loathe the word! 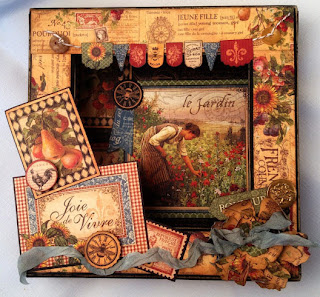 I am going out of town this afternoon to spend some time with my Aunt Betty and then tomorrow I will get up early and meet Linda to head to the OKC area for a class we are taking. The project is called "French Country Box" and I guess it is just for a decoration type thing. With it being Graphic 45 paper Linda and I decided we needed to take the class. Of course will will hit up Hobby Lobby, Michaels, Joann's, Tuesday Morning and likely go to lunch at Ted's *okie thinks she should try and remember how to spell the rest of the name but decides it really isn't that important*.

I will return home Saturday night and then head up to my Aunt Betty's again on Sunday as my cousin her her family are coming in from Ohio and Aunt Betty has a family get together planned.

Hope everyone has a great weekend!
Posted by okieladybug or okie_ladybug