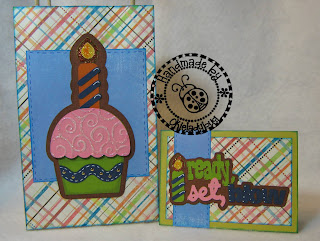 put on the inside of this card! But I resisted and it can be used for a child if needed *okie still thinks a big "ME" on the inside would be hilarious*.
Supplies Used:
Cricut Expressions
Cricut Sweet Treats cartridge
Stickles
Cuttlebug D'Vine Swirls folder
Heat set studs
Signo UM-153 gel pen
MME Everyday Tango stack 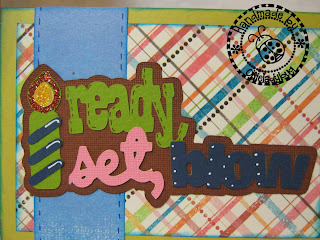 birthday cartridge! I think I love every cut on there. Now with that said I do have Celebrations and like it but I just think the cuts on Sweet Treats are just so much cuter. I used Red, Orange Peel and Yellow Stickles to make the flame on the candles for the set. I think I got the "blow" too dark but ya live and learn and I am too lazy to go back and change it now. Besides that would be a waste of paper and I don't like to waste paper! 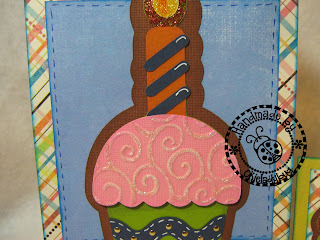 it down using Design Studio because I didn't want a shadow that thick. So if you think the shadow is off a little that would be the reason. For the icing on the cupcake I used Coredinations cardstock and after Cuttlebugging it I sanded it a little and then added Diamond Stickles. You can also see the little heat set studs a little better in this picture *okie wonders where she might find herself a nice heated stud and then suddenly remembers she forgot to put on her tinfoil had and knows her readers just heard her thought* uhhh...yeah a heated stud, like a wood block would be nice right now since my feet are cold *okie glances from side to side wondering if anyone is buying that and makes a mental note not to blog without her tinfoil hat anymore*.

So are you guys tired of the giftbag card sets yet? Hope not because I still have two more to be postin for ya'll to see!
Posted by okieladybug or okie_ladybug