Today is the last ECU football game of the season and while I know at my house we will all be grateful for a little down time, Chuck more than my daughter and myself of course, I can't help but feel like "what? It's over all ready?".

I have always loved football. I am not one of those that can name all the players, nor do I care to do so, I can't rattle off stats for teams, make calls like a ref - however I am able to spot a few penalties and call them by name and occasionally get the yardage penalty correct. Even though I can't do all that, I love to watch a good football game! 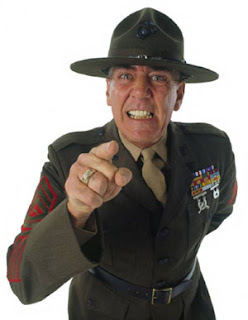 Football does, however, seem to bring out certain unladylike behaviors that would resemble a Drill Sargent yelling at his new recruits when one made some type of slight infraction. I try not to watch football around people who don't know me well and I do keep my behaviors in check when at the field watching Chuck. Shiane might tell you I get out of hand but come on...who doesn't jump up and down and scream at the players at least once or thirty times during a football game! Oh she also thinks I abuse her when I am actually only tapping her lightly to get her attention to point out a very crucial play during the game. I cannot help if she has such tender skin and soft muscle mass!

I know my love from football came from my daddy *okie wonders if it is just in the south were women always refer to their fathers as daddy no matter how old they get*. Daddy coached peewee football when I was in kindergarten and my brother was in second grade. I loved going to the practices with him and I even had my own pads and helmet and was allowed to practice with the team. It wasn't tackling the boys that made me feel like I was doing something, it was when my daddy would tell me that I did a good job and that smile would come across his face that made me feel like I was the most awesome thing ever. Imagine my disappointment when it came time for season to start and my mom comes in with this cheerleading outfit she made me, along with matching pompoms!

Oh that first game was awful. I don't remember who won or lost, or even if they kept score. I just remember sitting on the bench crying because I wanted my pads and helmet on and to be out on that field so bad. Daddy didn't tell cheerleaders they did a good job, although he did make an exception once or twice and give me a nod of his head and a little wink, but that just wasn't the same.

After that first year I wasn't allowed to practice with the boys anymore, they were getting bigger and daddy was afraid I would get hurt. I tried, in vain, to convince him I was just as tough as any of the boys but to no avail. The next best thing was for me to watch games whether it be highschool or on television, with him, it made me feel that during those times he and I had a special link and bond.

During 5th and 6th grade my PE coaches were the football coaches and I remember them making us play flag football all the time. They would write up new plays and have us run them during our PE classes to see how they would think they would work. When daddy and I would go to a football game I would beam with pride when I could tell him the play name and explain how it was suppose to work.

When I hit 7th grade we moved out in the boondocks to a school that didn't have football. I was devastated to say the least. That was a Friday night ritual for me and daddy! We did go into the nearest town a few times and go watch a game but it just didn't feel quite the same. However after I got in high school and became friends with one of the kids on the team and he was over at the house a few times Daddy would suggest that we go in and watch my friend play. I think daddy missed being around the game as much as I did.

My love of football was shelved for a few years after my daddy died. I just couldn't bear to watch without him. During my Junior College years I don't think I watched a game live or on television. Once I started at the university I did start going to the games because it was something to do with my new friends. As I became friends with some of the players I could feel that excitement charge through my body again and get excited about watching the game. As time went on and my life evolved into being a mother, having a career and life's mundane duties I stopped going to games and since I didn't want to scare the beegeebies out of my daughter I tried not to watch on television either, at least until she was older. I will say by the time she was in junior high she was rather good at soothing the fears of her friends who would be at the house during football season. I remember one time hearing one of her friends saying with a bit of panic in her voice "OMG WHAT'S WRONG WITH YOUR MOM". I think the poor kid thought I was fighting with someone with the string of explicits that came out of my mouth  and my daughter calmly and nonchalantly replied "Oh, mom's just watching football. You have to ignore her right now".

Now it's time to go get ready for the last game of the season and cheer on Chuck, who is quite good at being a defensive end. I know his body is tired and he is ready for a break but I can't help but think....can't we just have one more game?
Posted by okieladybug or okie_ladybug