So interesting to others!? *okie falls out her chair laughing*. I figured my post from yesterday would have been one that was by passed by my readers but instead I got quite a few comments about it and some on Facebook as well. My friend Amy even wants details and when I told her she was nosy she said "Hell yeah I'm nosy! Was he hot? Did he buy? Details Woman!!!! LMAO!!!" Oh I just love Amy and her honesty!! HA HA HA There were a few others that asked questions as well so I thought I better do a follow up post.


I met him for lunch yesterday at a new Chinese restaurant in town. He told me it was owned by the same people who own the one I love to go to so I was relieved and didn't feel like I was cheating on my beloved Chinese restaurant owner *okie is so glad there is spell check in blogland because she spells restaurant wrong every time*. I literally ran into the establishment because the temperature had dropped in the last few hours from the 60's to the 40's and the wind and rain were enough to chill a person to the bone. Not seeing him when I first went in didn't make me nervous as I knew he would show up and so he did just about a minute later. We were taken to a booth and then went to the buffet line. We chit chatted about the different dishes available and what we liked and didn't like. 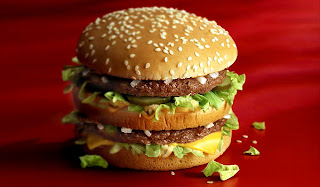 Conversation flowed well during lunch and we learned a little more about each other. As for Amy's question of him being hot, well I don't know how to judge that very well. I honestly don't know what hot means anymore at my age. He is bald and has a beard. I know that might make some women cringe but I have always liked bald men, not sure why, just have. I found out that he is a country boy at heart and loves to go fishing and hunting. I think the fishing we already knew about since that was the text I got from him, I am not convinced he is a good one since he didn't catch anything *okie gives a hearty laugh about that one remembering she had texted him back with "guess it's a Big Mac for you tonight Buddy Boy"*.

We discussed some about our similar experiences of country living, even though mine has been quite some time ago I still remember my days of growing up on "the farm" as we all call it. It wasn't really a farm since we only had 80 acres. It was more like a hobby of raising cattle for my Daddy and it sure made him happy. I know the last years of his life on "the farm" were some of his happiest years in his life. Daddy always dreamed of living back in the country and having enough land to raise a few cattle. It's never easy raising cattle, even if the herd is only about 20 head with one or two bulls and then the spring calves coming in. We had one cow that had to have a c-section and as soon as that vet sewed her up she ran off. The poor calf was left motherless and we had to bottle feed it. That was nothing new for us and I actually always enjoyed bottle feeding the calves. I even had to help pull a few calves while growing up and that was always a scary thing. Not doing the pulling but I just remember always being so scared for the cow and the calf and if they were both going to survive. To my recollection I don't think we ever lost one during a pulling. I do remember losing a few calves but I am just now realizing I am completely off track of the post subject *okie seriously wonders how she ever gets anything done with the way her mind wanders*.

After we finished eating...oh and I totally impressed him with my use of chopsticks! *okie smiles proudly and nods her head up and down* Yep I can use chopsticks quite proficiently! I am going with that was an impressive feat rather than he is easily impressed...and don't ya'll burst my bubble on that one either! But back to after the meal, we sat and talked for a little longer. I had a few errands to run so I told him I needed to go and how much I enjoyed our lunch together. I grabbed for my wallet and he said took the ticket off the table and said "I got this" and I told him thank you. I picked up my coat and he took it from me and held it up for me to put on....now that was pretty impressive right there to me, but I am easily impressed! *okie bangs her head on the table laughing and now wonders if she has a concussion...rubs her forehead and thinks she is ok*. He walked me to my van and I left. So as you see it was an enjoyable lunch date!

I know, you are wondering "WHAT? THAT'S IT?" Well no, that is not it, at least not exactly. Not long after leaving I got a text from him saying he really enjoyed lunch and would like to do it again or go out sometime if I would like to. I texted him back and said I also enjoyed myself and would like to go out. He texted some time later asking what I was doing later and I, being the ever so knowledgeable person about dating *okie wonders if anyone is gonna believe that* told him I had plans for the evening, helping a friend. It is never good for a woman to seem to eager or too available, remember folks the dating game is one thing I know since I have never been married in my life I have had a lot of dating experiences. He did text last night to tell me goodnight and hope I got a good nights rest. I didn't respond to the text as I didn't get it until much later, I don't always keep my cell phone by my side and am honestly bad about misplacing it and having to call it to find it. I will of course respond to his text later today. If he does contact me today to ask about tonight I will tell him I already have plans but that I am free tomorrow night. 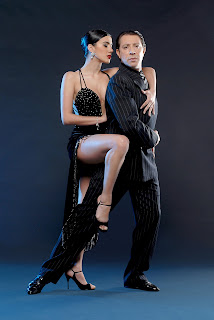 Meeting someone new and going out with them is usually like a dance, at least in my mind. There is always someone that has to lead, and that should be the man, but with a gentle sway the woman can have control as well all the while the man thinks they are leading. I am 46 years old, never been married, been engaged numerous times, dated nearly 30 years and believe me...THIS AIN'T MY FIRST TANGO! *okie rolls over laughing* And for now I think I wouldn't mind having this guy on my dance card again so I have to sway and follow just right to keep him interested. 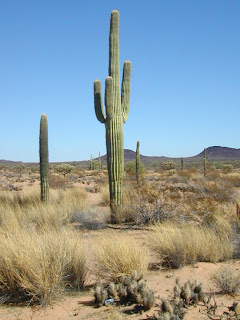 Since someone commented as asked....As for the one I asked to marry me, well I told him the other night "even the strongest cactus needs a little water from time to time". He told me "you have such interesting ways in letting me know you are feeling neglected". I just smiled at him sweetly and said "I think I feel a little rain coming my way". He looked at me and said very seriously "I will do better". He is now thinking that I believe he is going to be more attentive, but what I was actually doing was giving him a gentle warning that there are other men interested in me that want to show me some attention.

So that's the news for today and as you see I might not have much time this weekend to get any crafting done! Let's keep our fingers crossed and hope not! HA HA HA HA HA
Posted by okieladybug or okie_ladybug