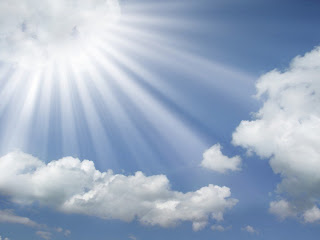 One of my favorite places to sit at my house is out on my patio. I spend many, many hours there when the weather is warm and during the cold weather I long for the times when I can get back out and enjoy the fresh air and watching the activities, animals and people in the neighborhood. When the weather first starts warming up after the winter months I relish standing at the edge of my patio with my eyes closed and my face turned to the sun, just soaking up the warmth that is thawing the chill of winter. I know when I see the buds on the trees and the redbud across the fence getting it's little violet blooms that spring is starting to set in and regular warm weather isn't far away. Some patio days are better than others of course. Some days the heat might be too much to bear or the bugs might be bombarding, then other days you can have the sweet smells of nature wafting through the patio as the wind gently makes the wind chimes tinkle out their tune. I guess it is all in how you interpret things if it is a good patio day or not....*okie thinks she looks for interpretation in way too many things in her life*. 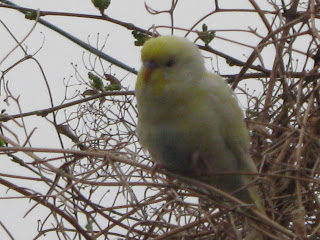 Patio sitting probably isn't that exciting to most people but I do get a few folks walking down the alley to watch, the squirrels that are playing, the robins building their nests...and even one time the wild parakeet that I tried to catch without success. Come to think of it the only thing I succeed at catching was a stone bruise from running on the gravel of the alleyway. Of course watching Lucy chase the squirrels is one of my favorite things to watch and if anyone would see me out there then they would likely think me crazy as I am laughing at something that no one else can see unless they are in the backyard with me.

I was sitting on my patio the other day, well late afternoon actually, when I saw two people going down the alley on motorized wheel chairs. I live not far  from low income housing where a lot of people with disabilities live so seeing motorized wheelchairs in my neighborhood is a frequent sight. I wondered how they were going to fair when they got to the garage apartment across the alley as the dirt had been dug up recently and was likely soft. I watched the man go over the area, with his little dog following and the woman stop hesitantly. 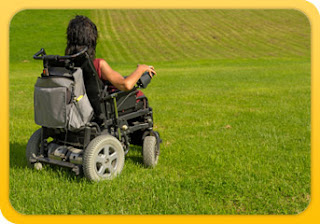 I watched as she backed up and then would go forward, turning her chair a little to the right and then she would stop and do it over again. The man didn't get probably 10 feet from her when he stopped and turned his chair around. He hollered at the woman "are you okay sister?" and I couldn't hear her words back to him but whatever it was he sat and waited patiently. The little dog would run over to the woman as if to say "come on now, you can do it". I sat and watched her repeat this about 4 times. The little dog kept running back to the man and then back to the woman as if to say "hey, do something".

Each time the woman would move her chair backwards the man would ask her "do you need some help?" and I would hear her say something but never could quite figure out what was being said. I was about to go to the back of the yard to see if there was anything I could do when I heard the man say "hang on sister, I'm coming". He moved his chair out of the way of the evidently fairly clear path in the alleyway and then he slowly got out of his chair. I could tell by the way he winced as he got up that it must be painful for him. He took the approximately 5 steps very slowly and then stepped around behind his sister's wheelchair. I heard him speaking to her and her nodding. At that time he gave a push and was able to assist her getting through the softened soil of the alley. I watched him walk behind her until she hit the pavement of the street, the little dog jumping up and down next to them like he understood what was going on and was so excited for the woman to be at the safety of the road. 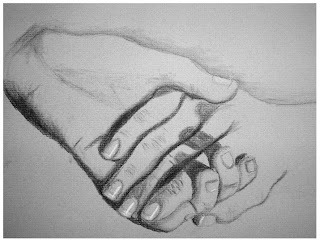 Noticing the man had to walk about 10 feet to his wheelchair and I wondered how much pain it must cause him. His sister was saying something to him, but with her being softer spoken I still was unable to make out what she was saying. I did see him turn to her and smile and say "It's okay sister, I'm okay" even though as he turned his back to her his face once again winced with pain. He did make it back to his chair and was able to make it next to her on the road without a problem. I saw them speaking and then the woman reached out and grabbed his hand, gently shaking it and smiled at him. I knew she must be telling her brother thank you for helping her. I am sure she understood the physical pain he must have felt but he was able to endure it to help his sister get past her obstacle. I saw him raise his hand, while smiling, and give her a little wave of "oh it's nothing" and down the road they went.

As I got up and went to the edge of the patio I leaned against one of the posts and took a long deep breath, as I held my face to the sun I smiled, exhaled slowly and thought to myself "what a good thing to not only feel the warmth of the sun, but to see the warmth of love and support between a brother and sister". That was a good patio do for sure!
Posted by okieladybug or okie_ladybug