The Search for The Skirt

I had full intentions of getting ready another part of the review for today but instead I did other things in the house and then my daughter called wanting to know what I was doing and the kids ended up coming over and staying until at least 2am, not sure what time they left but I will explain that later.

For some reason I can't put presents under the tree until my Christmas Tree skirt is in place, dunno why but that's just the way it is with me. My daughter didn't find it in the totes with the other Christmas things and I knew I had washed right before I moved and I even remembered folding it. I told her about my dilemma of not being able to find it and she kept suggesting places it might me.  I had put it somewhere so I would I remember where it was...guess we know how that turned out. So began the search for the skirt! I spent hours searching the house and garage for that dang Christmas tree skirt. 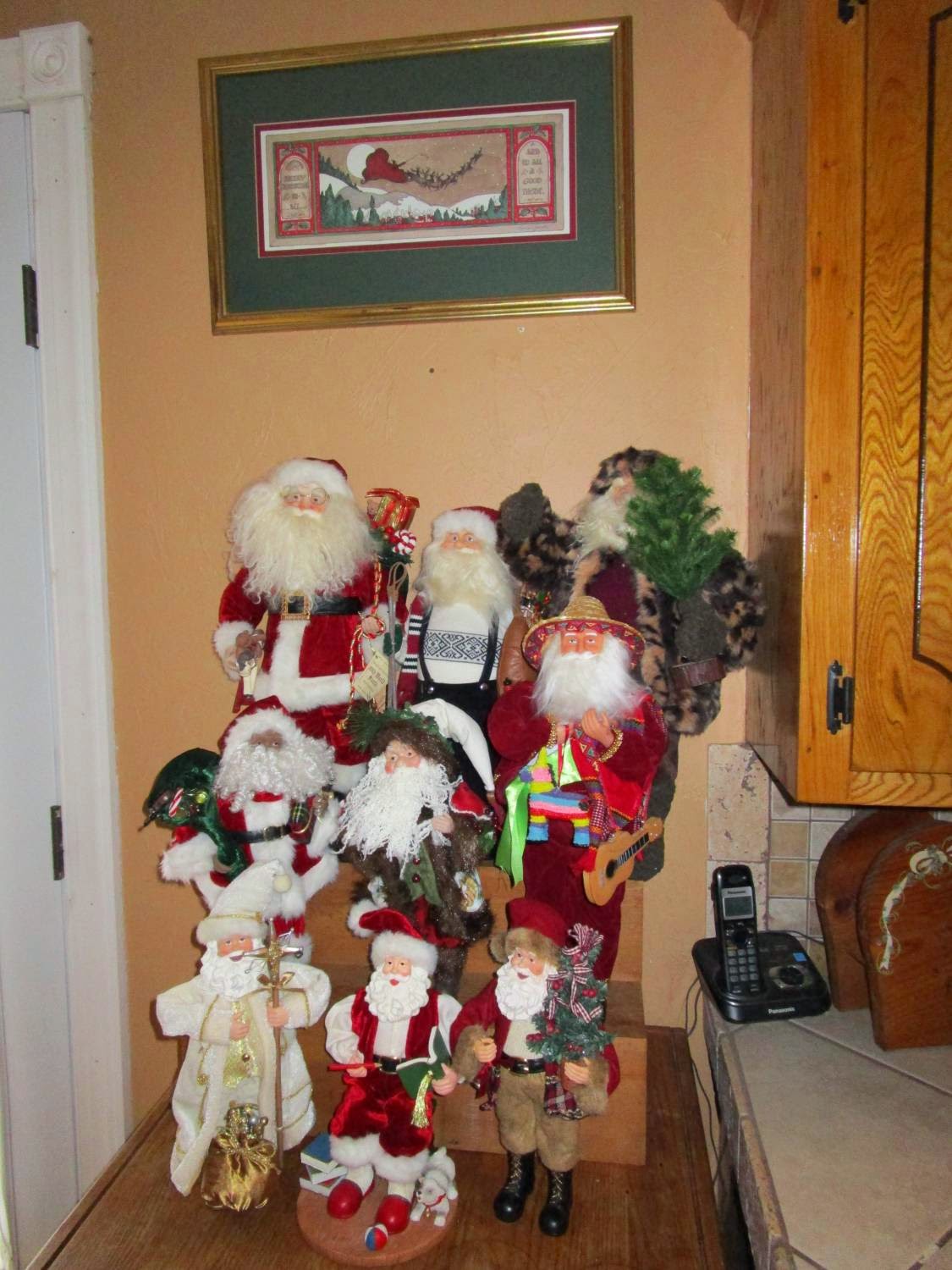 I ended up organizing part of my garage and breaking down some boxes. I got the box with my camping gear opened and found homes for those items *okie sees the puzzled look on some people's faces*, yes I did use to go camping...A LOT. I hauled two more of my totes of Santa's in the house and found spots where they could be displayed and ended up hanging some Christmas pictures. I moved my silver wire shelf to the garage since I really am not sure what to do with it yet, watered my poinsettias, swept the kitchen floor *okie thinks she really needs to teach the dogs to wipe their feet before coming back in the house* and of course all the time wondering where I put that damn skirt but it still boiled down to no Christmas tree skirt! I had about decided that those mean, evil little gnomes that everyone loves posting on my Facebook wall had snuck in and stole the damn thing! 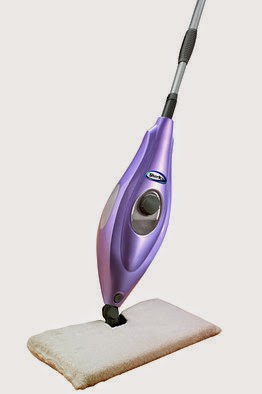 My daughter and her roommate Sabrina, who so far seems to be the sweetest thing and funny as hell at times, came over with some wine and wanting to play dominoes. I had told my daughter I really wasn't any good at dominoes and I haven't played since probably college. I did use to play Mexican Train dominoes during our summers when we use to go to the lake all the time and always enjoyed it. Shiane and Sabrina sat in the kitchen as I continued my search for the Christmas tree skirt. I did find a box of snowmen decorations that my daughter had started collecting and set those out for her. I also found my terry cloth heads for the Shark steam mop and asked the girls if they wanted it and they said yes. I use my Hoover Floormate now instead and didn't need the steam mop any longer. I searched my closet, the guestroom closet and even reorgainzed a few things in there, the craftroom closet and every damn tote in the garage and still couldn't find the elusive skirt! Finally as we were standing in the kitchen, which I love by the way, I decided to go check under the guest room bed. I remembered putting blankets in a plastic bag contraception and putting that under the bed so just maybe... 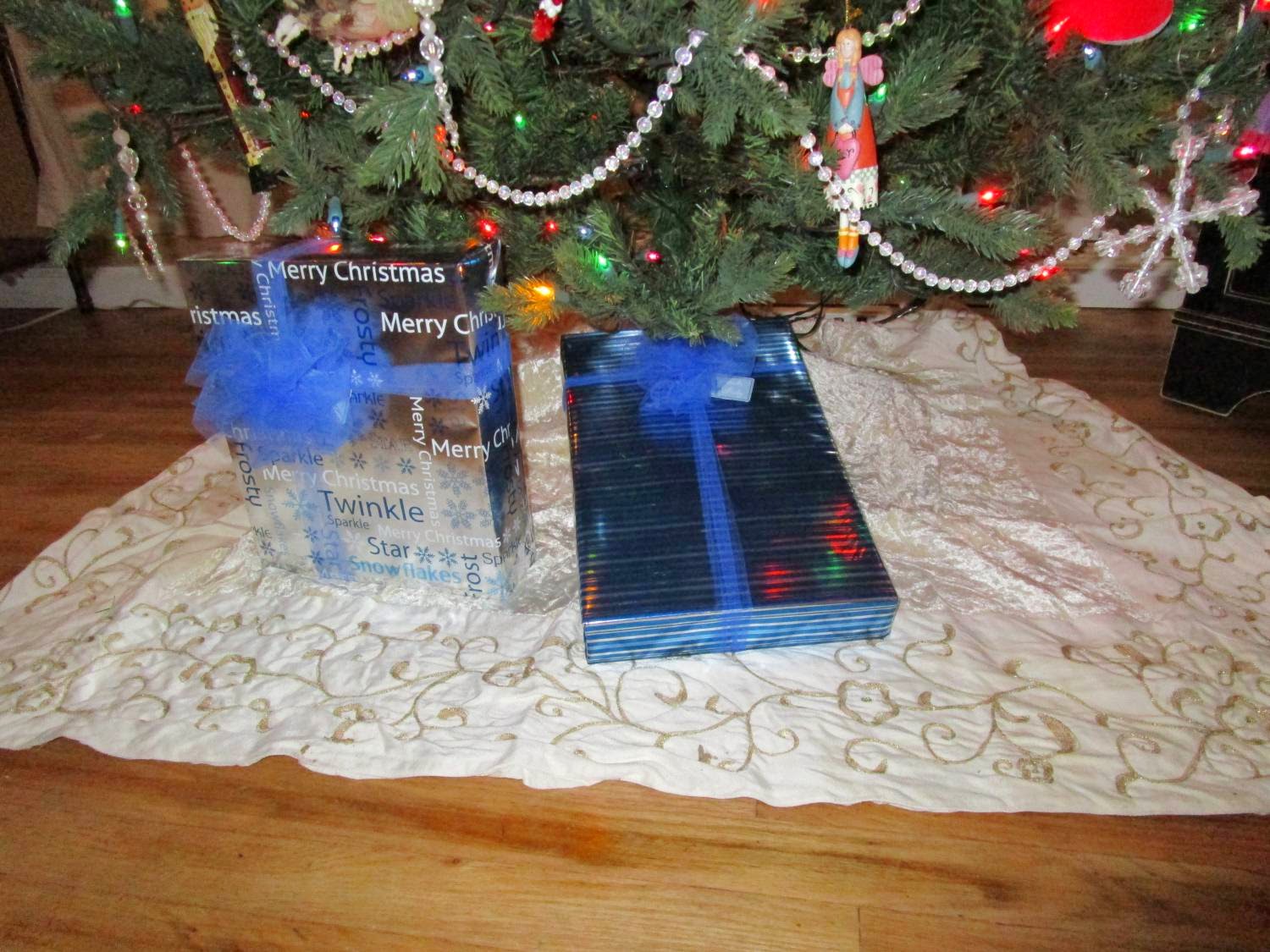 I looked under the edge of the bed and saw the bag of blankets but didn't see anything else and for some reason I thought I should get on my knees and look and lo and behold under the bag of blankets there was another plastic bag contraption and it had two Christmas table clothes, my Christmas bath towels and the Christmas Tree skirt! I yelled at the girls "I FOUND IT! I FINALLY FOUND THE DAMN THING!" and I didn't see my daughters reaction but I am quite sure it got a head shake and an eye roll followed by a smile. I get that reaction from her quite often and one day I will have to ask her what it means but then again I might not want to know. Immediately I got the skirt and started putting it under the tree and that was a bit of a challenge because Wonka, my daughter's dog who I have now claimed since I have been his main care giver since she got him when he was only 6 weeks old *okie thinks there might eventually be an ugly custody battle in the future*, decided he wanted the skirt for himself. I sat in the floor and put his huge head between my hands and explained to him ever so sweetly that if he so much as laid one toe of his huge paw on that skirt he would be living in the garage the rest of his damn life and I think he understood because he left it alone after that. I had wrapped two presents earlier and was able to finally get them under the tree! 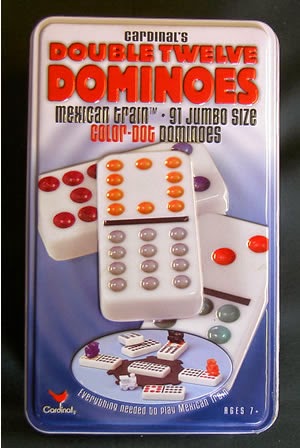 By this time my shoulder and neck were killing me and I knew I needed a muscle relaxer. Oh for those who don't know I was in a bit of fender bender on Monday and I will have to write a post about that one for sure in the future. My daughter poured me a glass of wine and I took a muscle relaxer and we decided to play dominoes. We waited for Chuck to arrive so we could begin which he did within a few minutes. Of course I had to announce to him I found the Christmas tree skirt. The kids and I played a game of dominoes, which by the way I won, and then Chuck's friend Lamares called and Chuck went to pick him up from work and bring him over. I have tried to get the kids to play Mexican Train dominoes with me several times and my daughter offers but it isn't any fun with just two people, and the kids usually don't want to. Last night they decided to appease me and play the game and I think they really had a lot of fun. I know we all laughed through the whole game. Well we didn't get to officially finish the game because after several hands my wine and muscle relaxer were kicking in, but by this time it was around 2am or so I can't be sure of the time due to my medicated and wine induced state, and I was ready for bed. The kids said they would clean up, which they did a good job because when I got up this morning the kitchen was all in order, and off to bed I went.

So you see while I didn't get to work on a review of the Cricut Explore I did get to spend some wonderful time with the kids and I wouldn't trade that for anything in the world!
Posted by okieladybug or okie_ladybug