Okay first off I want to be completely honest with everyone about this whole Cricut Explore review thing and how it came about...because as we all know I am very honest with my readers and I don't want to stop being that way anytime soon. I was contacted via Facebook by the CEO of Provocraft and during a brief conversation he asked if I would be willing to review the Explore and I told him I would be willing to do so. I also told him that I only give my honest opinion and he said that is what he was wanting. Of course in my little smug mind I thought "yeah I bet!" but he did seem sincere about wanting only the most honest of opinion from me. So before anyone asks...yes, I was sent the Cricut Explore, I did not purchase the machine. And before anyone jumps to conclusions if that would effect my opinions and review the answer is NOPE *okie thinks she should have said hell no actually but figures people will read that in the NOPE anyway*. No matter if a product is purchased by me or sent to me I still review it fully and honestly and give my opinion. Now that is out of the way let me begin with my first review.

The first thing I did was hook up the machine as directed and I had some problems getting my computer to recognize the machine but that could easily be a problem with my USB port as I have problems with my thumb drive at times as well. After getting my computer to recognize the machine I was ready to set up the print and cut, from now on will be referenced to as PNC. The instructions were clear for the most part and the only problems I had with that was I was out of ink in my printer and had to install new cartridges. 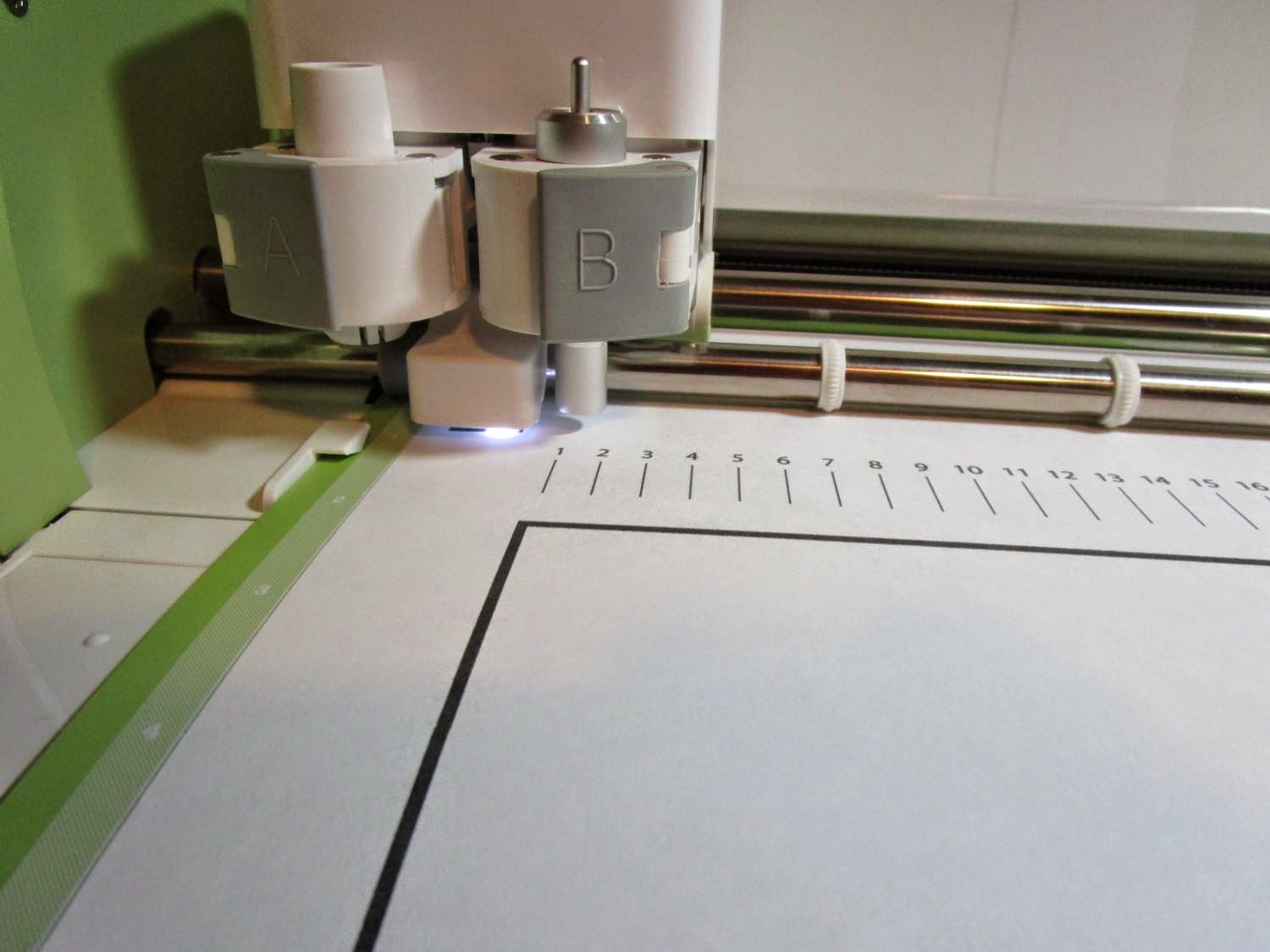 I got my piece of cardstock printed and loaded in the machine and was ready for it to do it's thing. I watched it with curiosity waiting for it to do some kinda jerk and bump terrible cutting thing but it didn't. It made quite a bit of noise with beeping and moving around and cutting little lines. To be honest I thought it was kinda cool how it jumped from one registration mark to another. 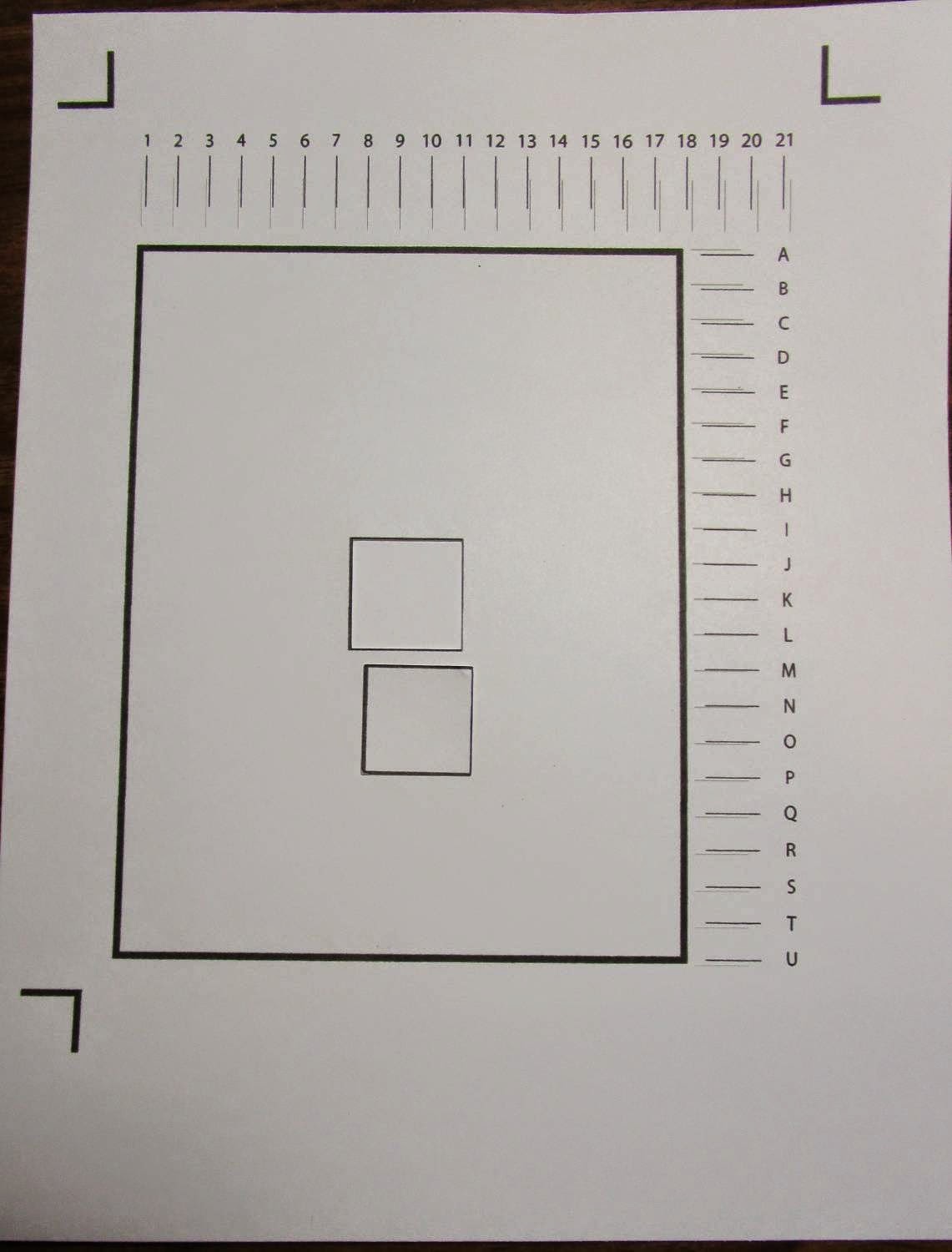 I remember it said something the process might have to be repeated and I was understanding why after I looked at the cuts and unloaded the mat from the machine. As you can see in the picture the little square in the middle is not cut very well and is off center.

If you look at the cuts along the numbers and letters they are much like when you add new cartridges to a printer and have to calibrate it.

I was afraid I would have to repeat this process like 20 times before I got it to calibrate right but I was in it for the long haul and got ready to repeat the process. 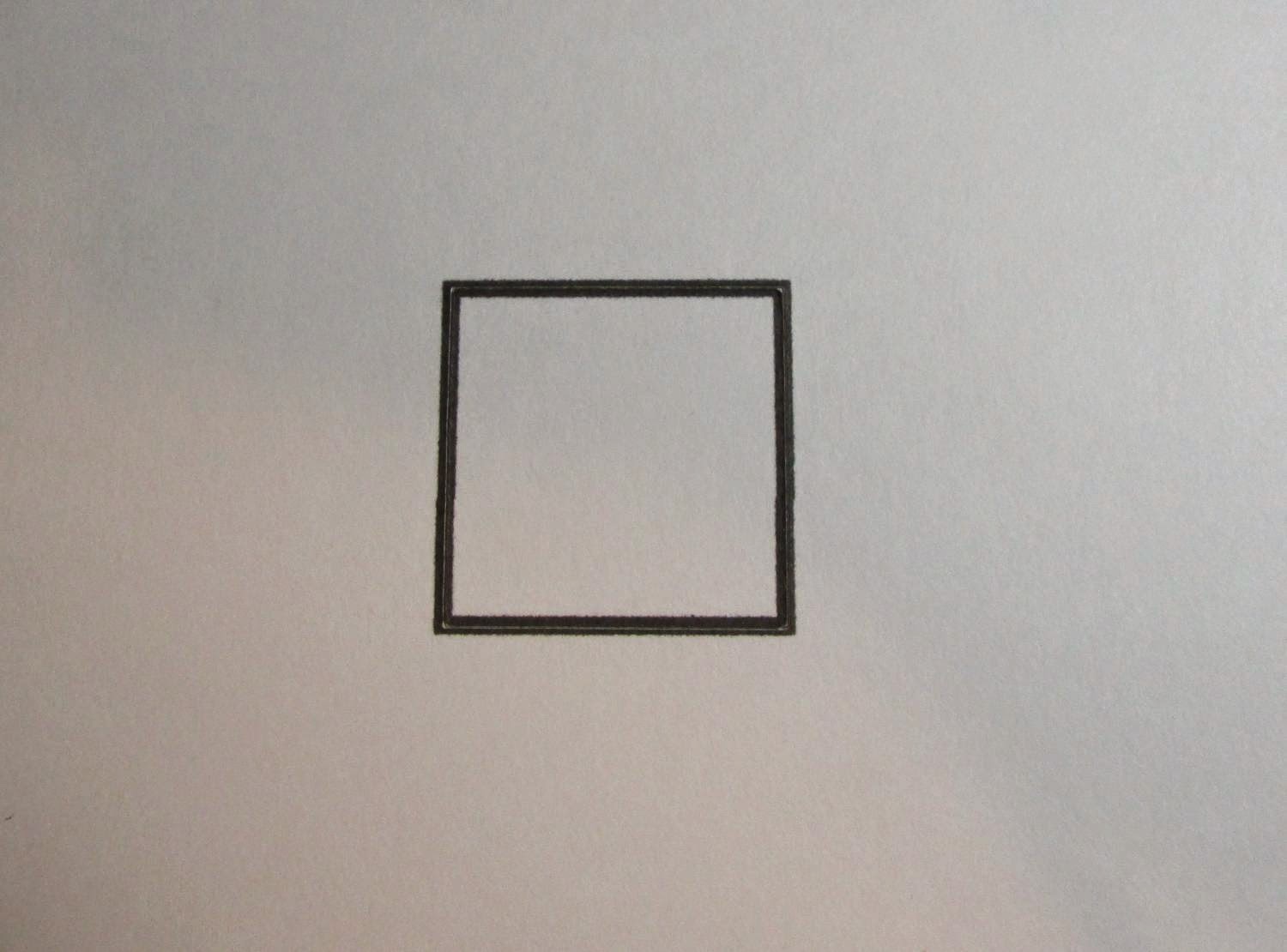 After printing another sheet of cardstock and loading in the letter and number that had the best cut in the middle I actually got a good cut and to be honest I was like "OMG! It's centered perfectly!". You might need to click on the picture and make it larger to see what I'm talking about it being centered.

Next it was time to try to PNC an image and me being me I didn't want some simple image I wanted to test this baby's ability to cut something difficult. Of course the software warned about using complex images so that didn't deter me but instead challenged me! I chose an image of my niece's caricature she uses for her real estate business.  She had asked me sometime ago if I would be interested in making some cards for her to use when she sells a home and she wanted the caricature used and I never could figure out how to get a nice clean cut of it with Make the Cut and the Pazzles so I never did. This failure with what I was use to using was the exact reason I chose the image I did. 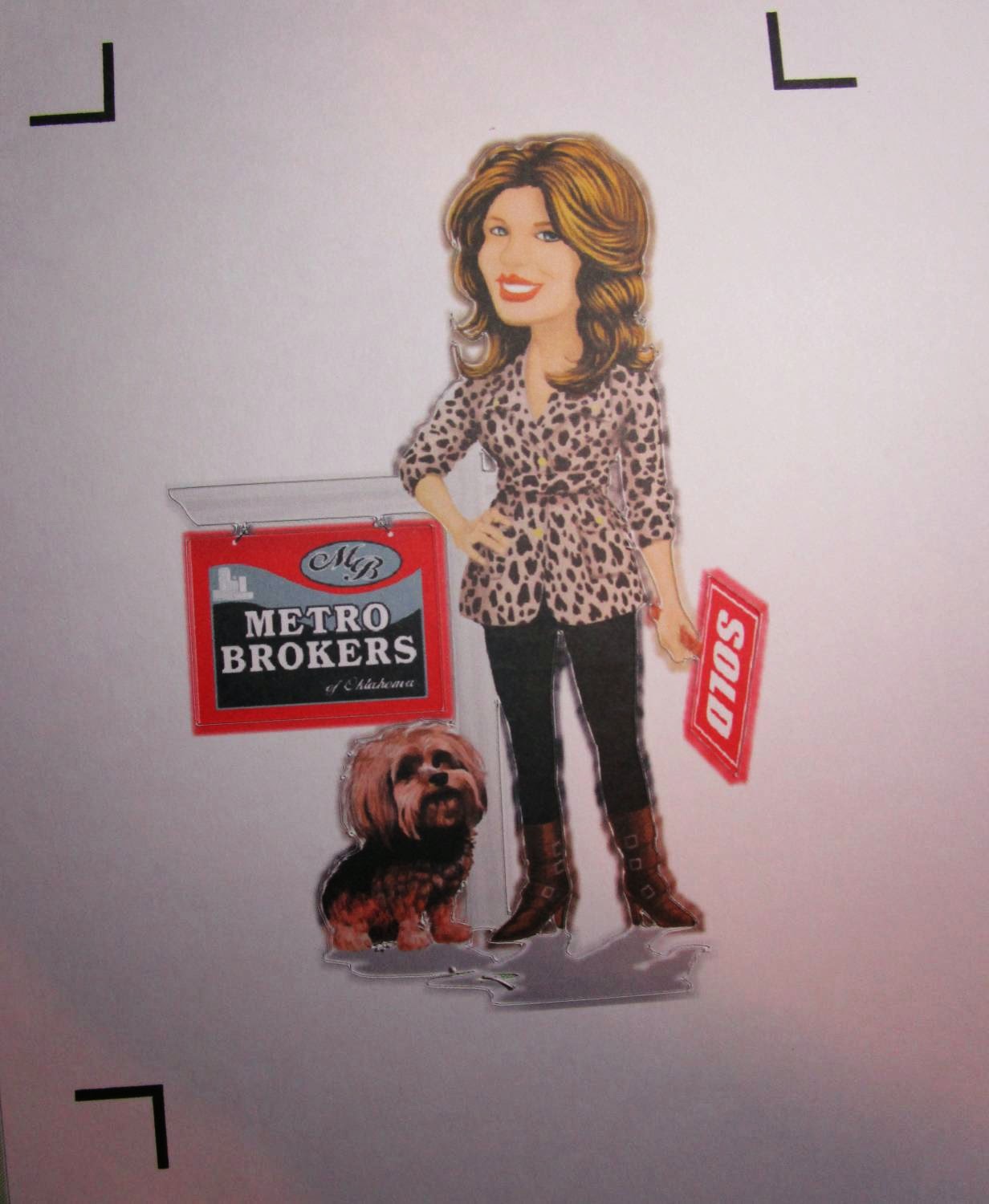 I got the image printed on some cheap Walmart cardstock, which never cuts nicely in any machine I've tried, once again testing the bounds of the Explore and set about cutting it.

This is the image after it was printed and then cut, at this point it is still on the mat. I was giving it a good look over and wondering if even the smallest of pieces were cut neatly and smirked a bit thinking "yeah it probably screwed up somewhere or cut jagged on the cardstock". 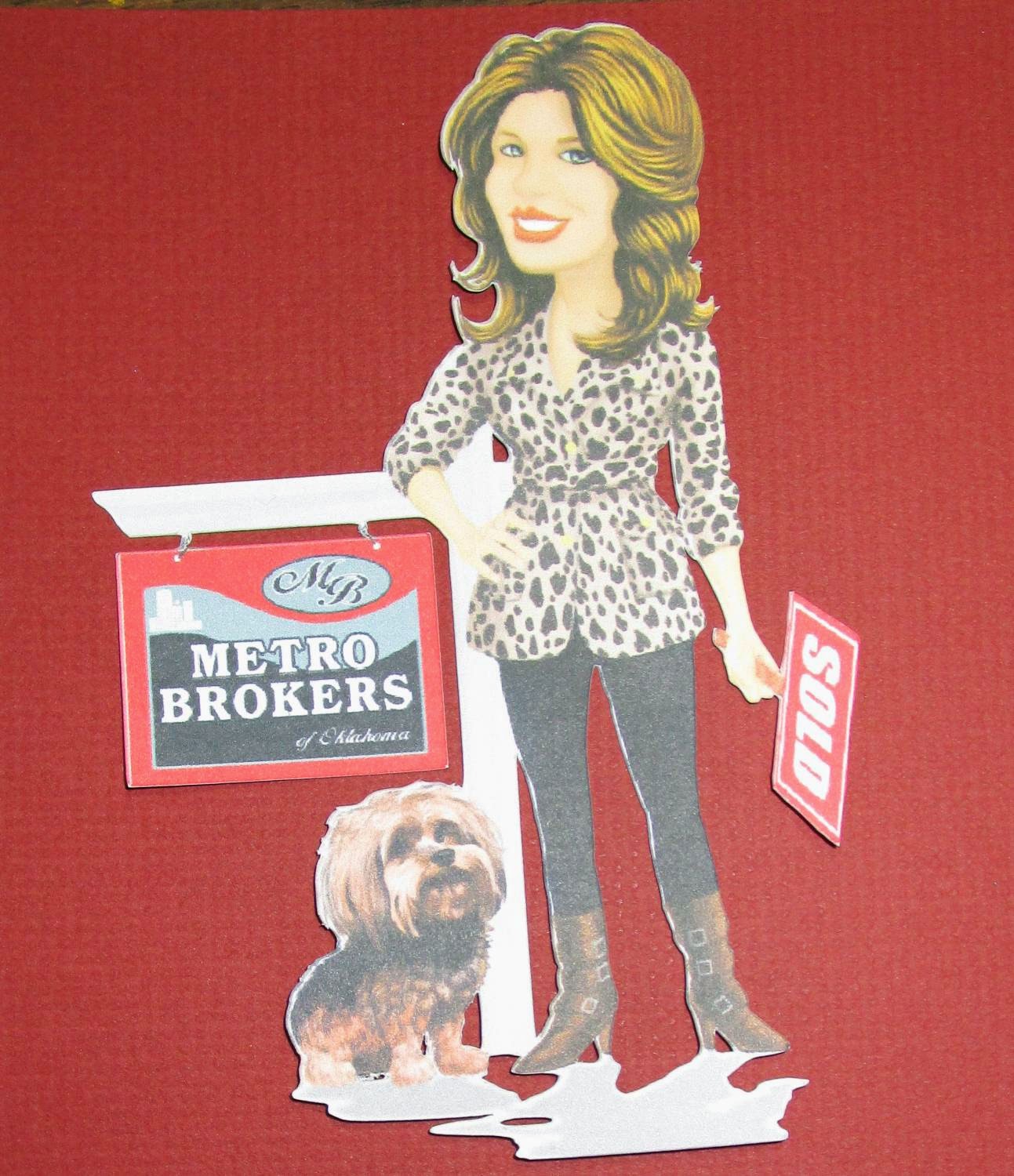 As I lifted the outer cardstock off the mat the image left on the mat seemed to have clean cuts. How could this be? I used the crappy cardstock? This can't be happening! As I continued to remove the outer cardstock I looked for errors and couldn't find any...no jagged or torn edges, no irregular cutting lines...it was...well...PERFECT!

Now you can see a slight lighter edge along the left side of the image but notice it is equal all the way around and I think it part of the shadow on the image.

MY HONEST OPINION: The calibration was simple to do and even though I had to repeat the process the software clearly informed me I might have to do so in order to get the machine calibrated correctly. I am truly impressed with how well the machine was able to cut accurately around the difficult image I chose, especially with me using cheap cardstock that generally tears with other machines. So over all I am IMPRESSED with the Explore's ability to do print and cut!
Posted by okieladybug or okie_ladybug