For folks who have been around for awhile will immediately understand the "dreaded scallop circle" and why it was so dreaded by all of us who wanted nice neat scallop circles but they seemed to be unobtainable! When I got my first Cricut, the baby bug, it cut wonderful scallop circles and didn't have a problem with the ones I designed in Design Studio *okie wonders if she needs to explain Design Studio but then decides not go down that road* but once I got an Expression and started using it the scallop circles were WONKY! If you cut them large enough, usually over 4 inches or more then the scallops weren't too bad but anything smaller and the scallops were all lopsided. Matter of fact I sent back two Expression machines for just that reason. I finally kept the third because I gave up. When I started working with the Pazzles I was excited thinking I would have perfect scallop circles and while they did cut better than what the Expression did I still had slightly lopsided scallops. Matter of fact I even invested in Scallop Circle punches so I would have perfect ones.

Now fast forward from those days to the present crafting day where I thought "OMG! I NEED TO TEST AND SEE HOW SCALLOP CIRCLES CUT WITH THE EXPLORE!" and so I did. I, being the fiendish person I am, chose the dreaded Stampin Up Coredinations cardstock that so many people had problems cutting. My Expression or my Pazzles never cut that stuff very good, especially when it was smaller cuts. It always seemed to rip or tear *okie still thinks there was some kinda degrading in the SU Coredinations since the regular Coredinations seemed to cut very nicely* and cause much frustration.

I opened Design Space and put some scallop circles on the mat and sized them to different sizes and was almost bemused at the thought of "I got this machine now...scallop circles and Stampin Up Corediantions cardstock! TAKE THAT PROVOCRAFT!". I got the circles ready to cut and loaded the mat watching it with a sneer on my face *okie thinks she probably looked like some mad scientist sitting in front of the Explore* just waiting for the scallops to be lopsided and the cardstock to tear!

My sneer soon turned to a grimace as I watched the blade cut through the cardstock like it was butter and the scallops were PERFECT! I think I might have yelled "SON OF A BITCH...NO F'ING WAY!" as the machine finished up cutting the images and as I unloaded the mat I kept looking closely for errors...which I did not find! 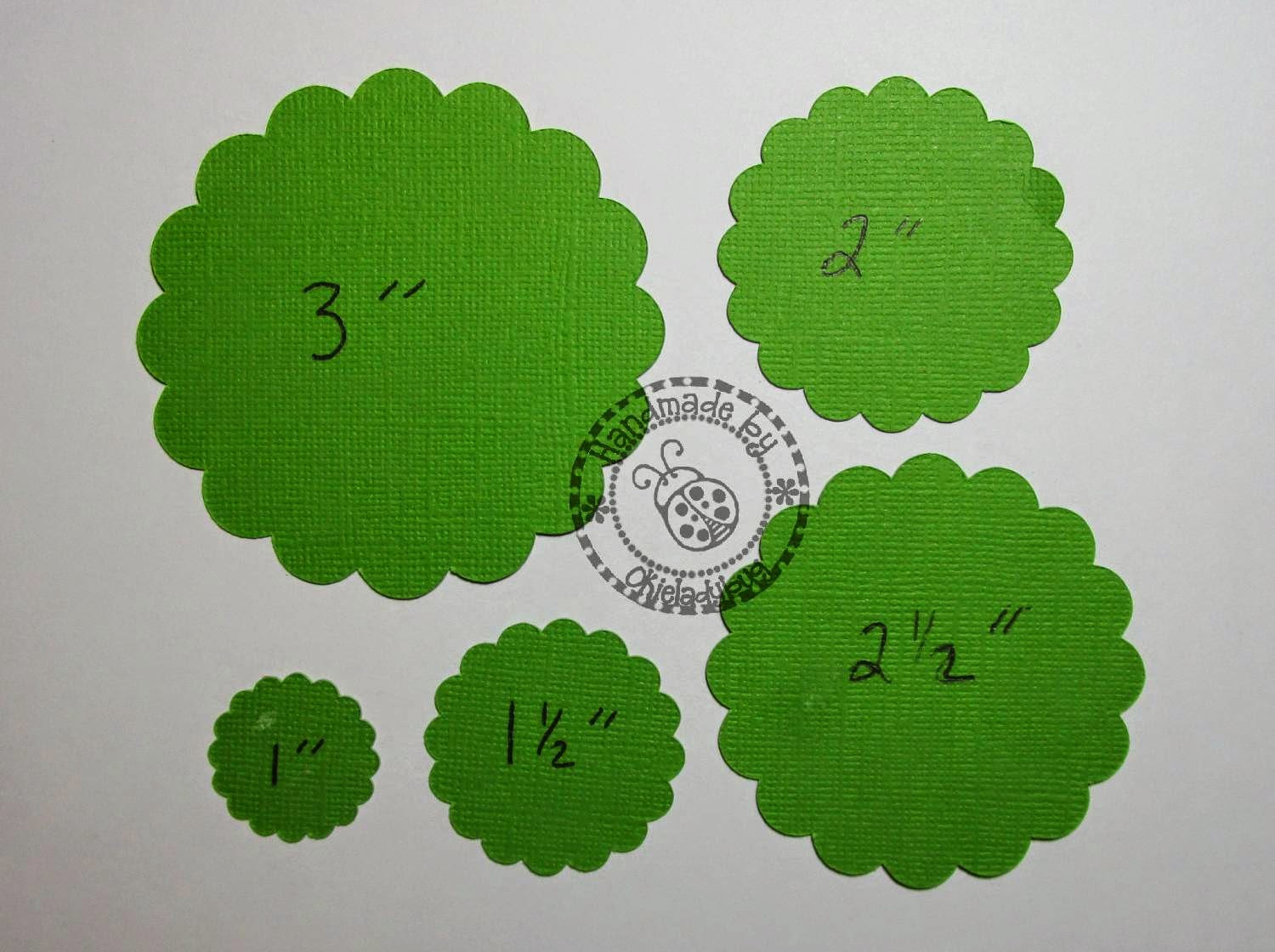 Every size cut perfectly! I set a 3", 2 1/2", 2", 1 1/2" and 1" scallop circle to cut and everyone of them were exquisitely impeccable! How could that be? No way did Provocraft finally make a machine that could cut breathtaking scallop circles on crappy cardstock! I stared at the delicious goodness of scallops and even thought about substituting them with some wonky ones but then I remembered I promised to give an honest review *okie curses herself for being an honest Injun*. 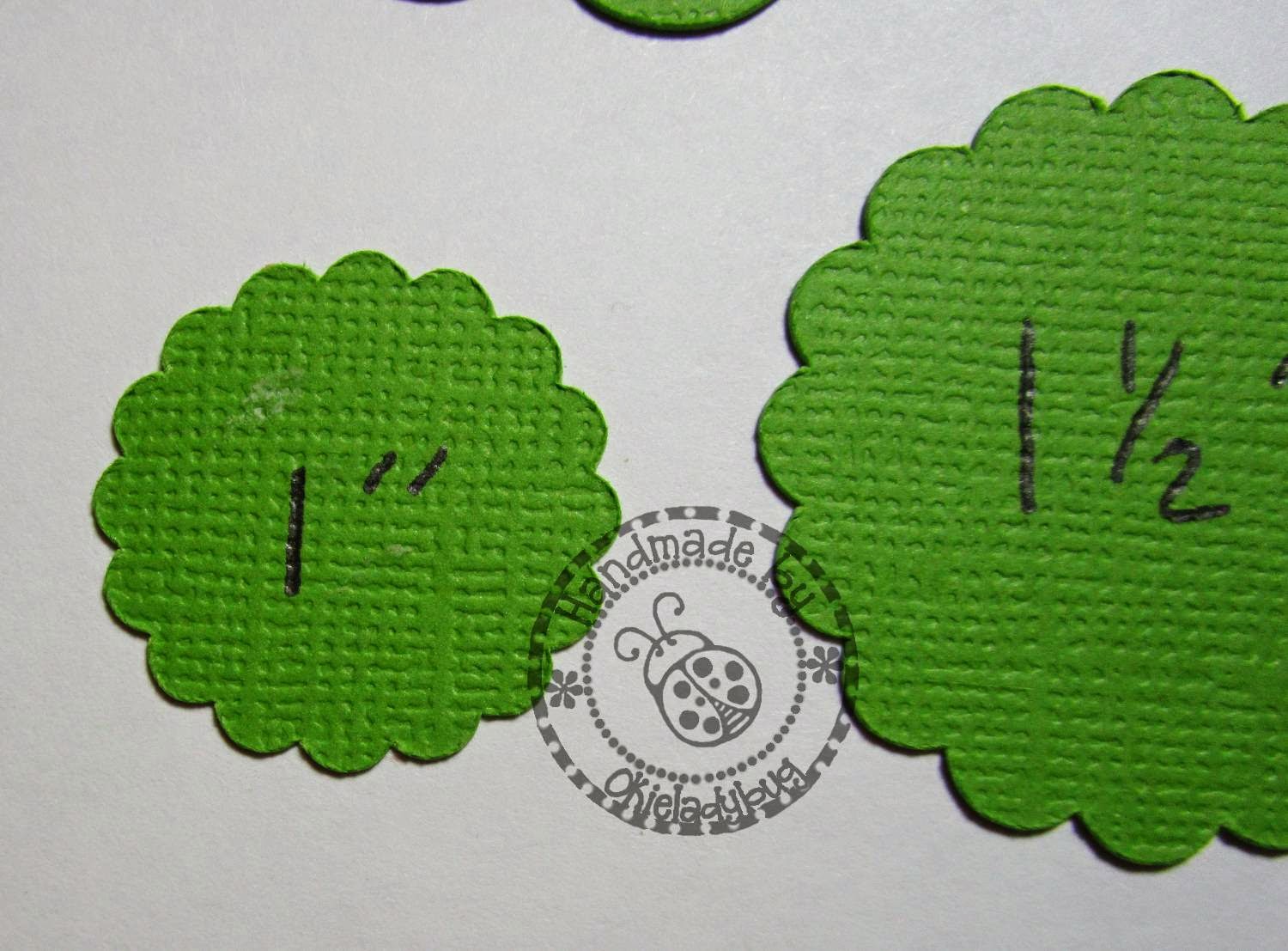 Just in case you wonder if your eyes are deceiving you I took a close up of the 1" scallop circle so you could see how perfectly it cut.

MY HONEST OPINION: I am BEYOND IMPRESSED with the Explore's ability to cut perfect scallop circles at every size and especially since I purposely fed a cardstock in the machine that generally doesn't cut well on other machines...even *okie takes a deep breath and exhales slowly, closes her eyes and just says it*.....my beloved Pazzles!