This is the last of the Graphic45 Birdsong cards, at least for awhile. I still have quite a bit of the paper left so I will be using it on something eventually. 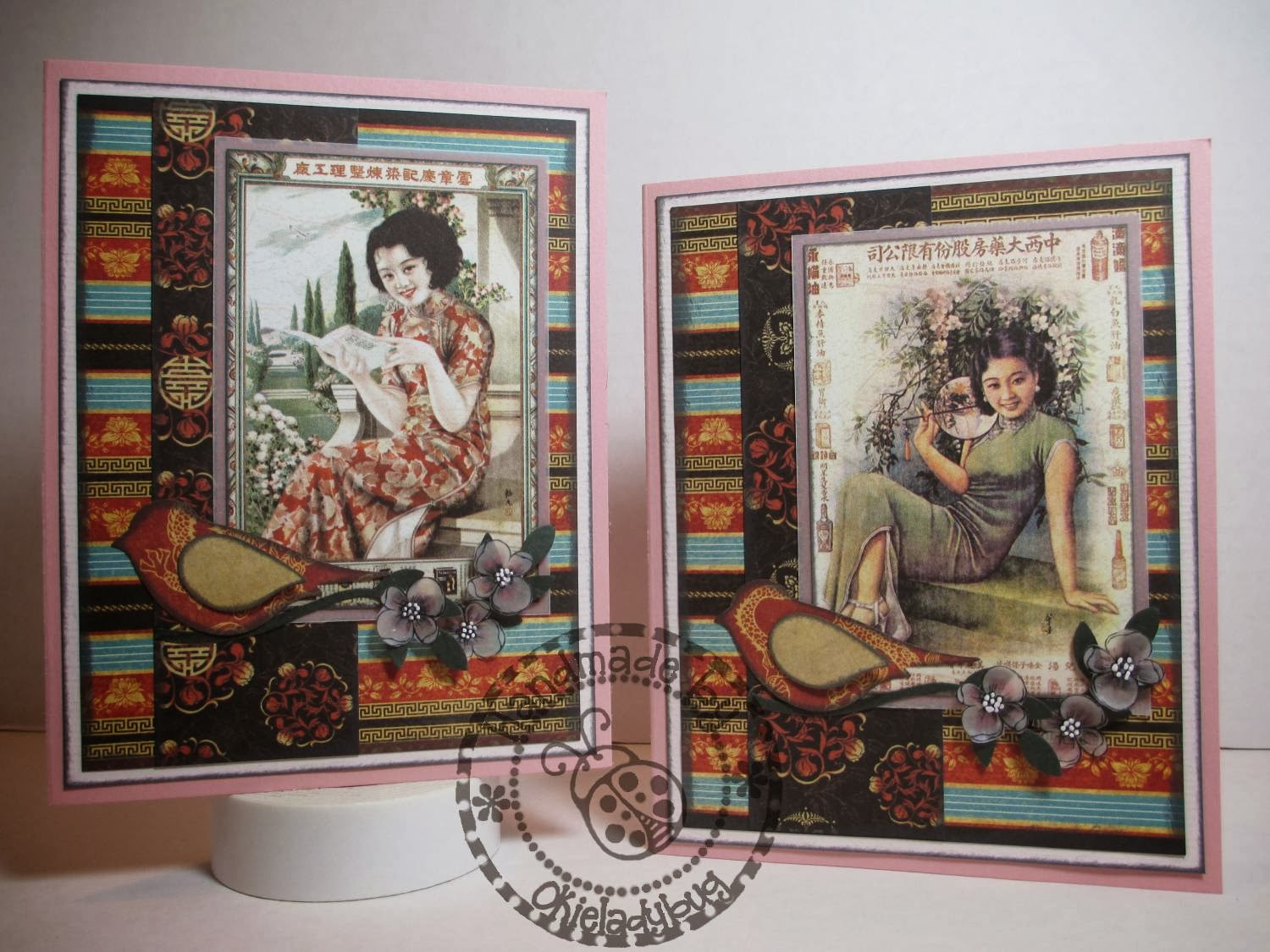 I wanted to go with some more of the Shanghai Girls images since I have quite a few of them and this time I chose to play up the cherry blossoms in the background. I also wanted to use the Stampin Up Bird Punch on some cards since the paper is Birdsong, it just kinda made sense in my head.

I think this was the most basic of the cards I did since there isn't a lot of paper layering and the focus is more on the blossoms. The bird and branch is from the Stampin Up Bird Punch. And there is still time to order for my Online Stampin Up Party! 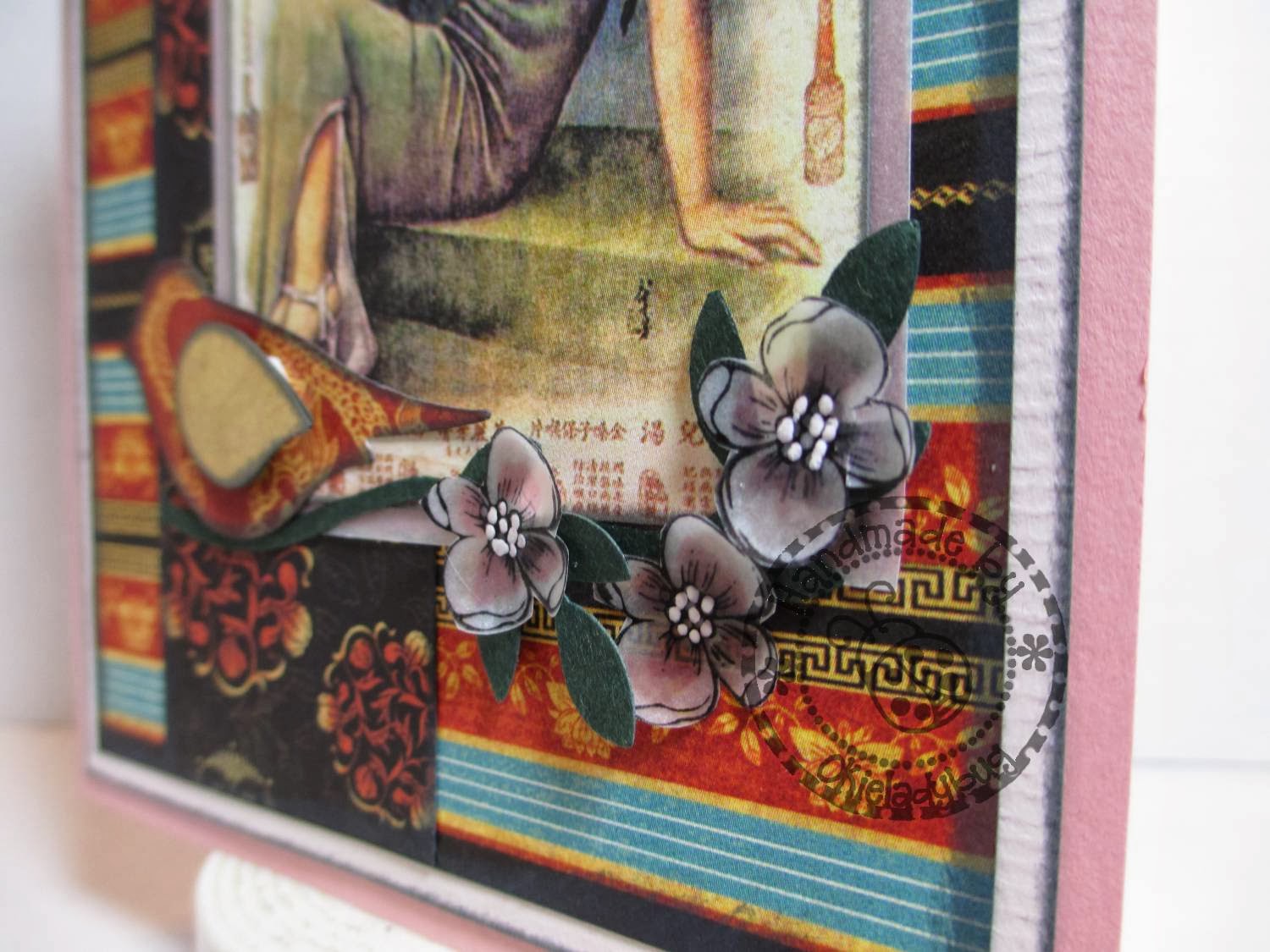 I had a little cherry blossom stamp, at least that is what I think it is and for this purpose that is what it is, and I used it on some TPC Clear Translucent paper, which is much like vellum but just different enough that you can print and stamp on it very nicely. I got the sheets at the bargain store I love so much a few years ago when they got a bunch of scrapbooking stuff in. I bought several packs since it was such a good price. I also used it to mat the large image on and then put over colored paper so it softened the frame around the image.

But back to the cherry blossoms. After stamping them and letting the ink dry I used my Blush Blossom and Pretty In Pink Stampin Up Markers to add color. I thought it still needed a little something else and adding the white dots in the middle with the Signo-UM 153 gel pen did the trick. It also helped camouflage the small piece of mounting foam under the blossoms. I did have to cut the blossoms out by hand but once again it was worth the effort!
Posted by okieladybug or okie_ladybug