What Happens When Carmen and I Challenge Each Other

My friend, BFF Carmen, and I decided to challenge each other to a project for the weekend. She had just completed a huge project for a friend of making wedding invitations, save the date and those kind of things and I just wanted to make something. We thought about things we could do and did a search for projects and discussed doing something with Graphic45 paper but none of their project appealed to us. We did an image search for mini albums and found a few we liked and decided on one that I am calling a Double Door Album. 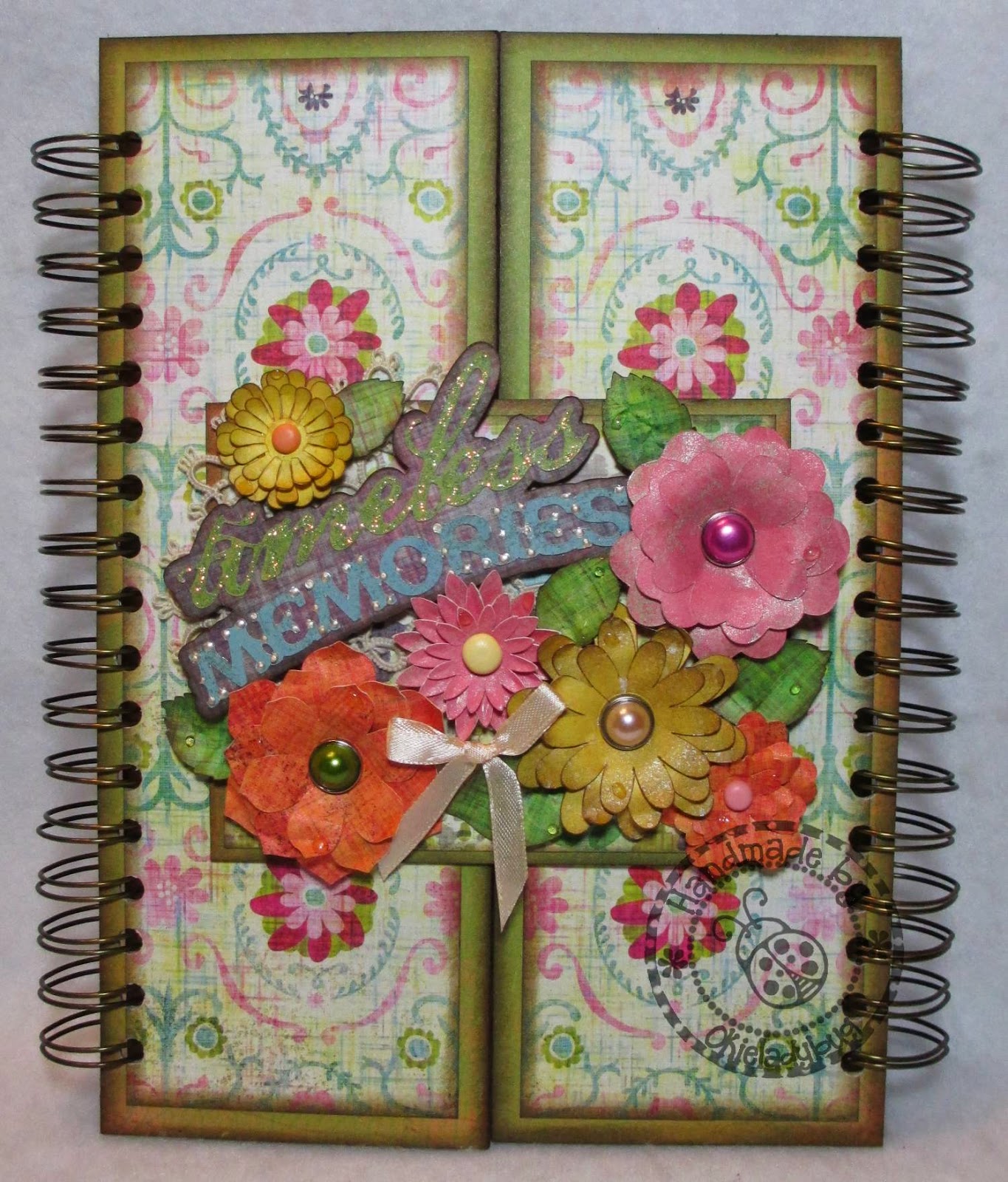 I made a file in Make The Cut for us to use so the basics of our albums would be the same. We decided to use Basic Grey Sweet Threads since we both had a package of it on hand. That left us with how we decided to decorate to be up to the individual. I will post Carmen's album on another post. 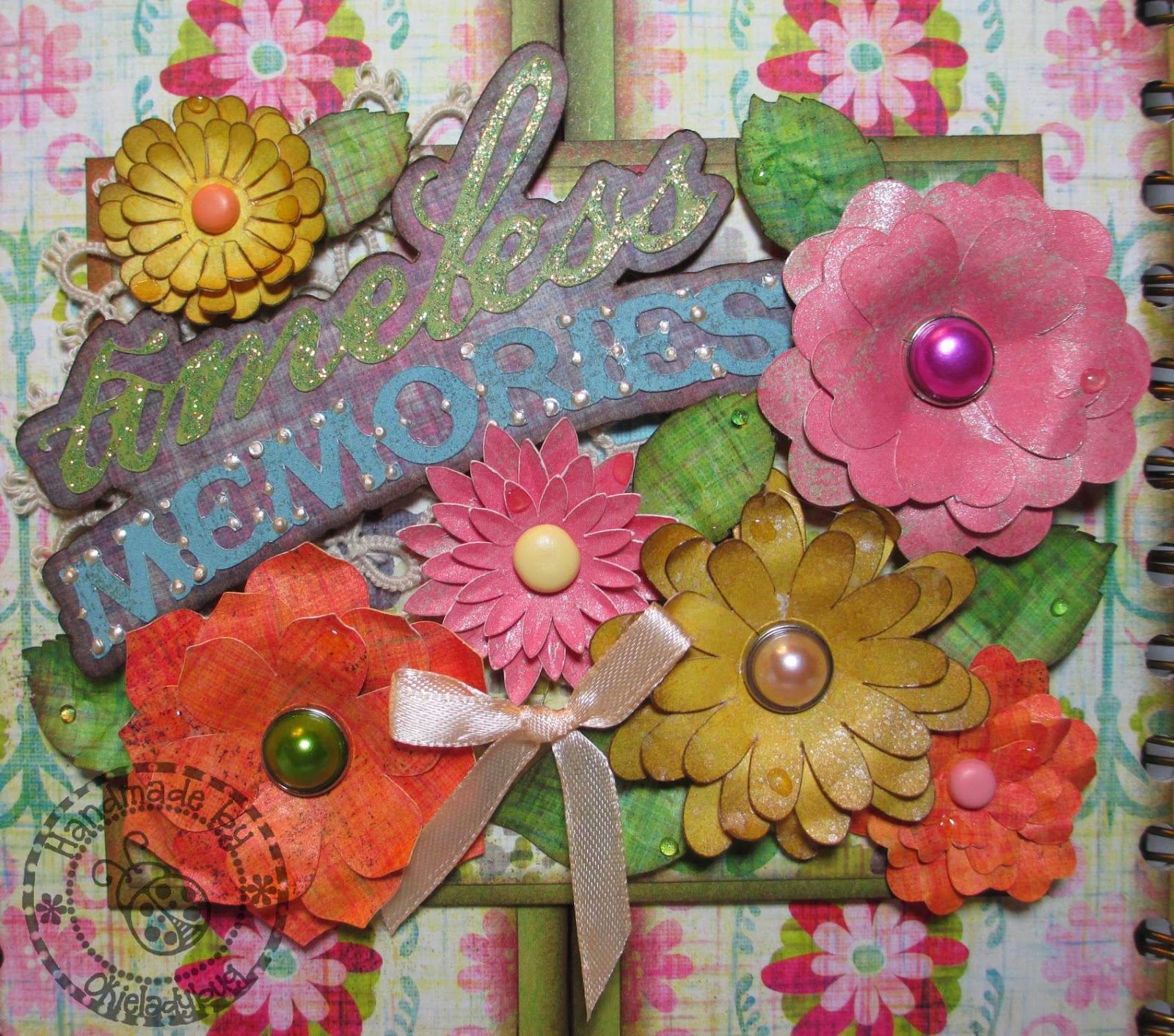 Since the inside couldn't have much dimension I thought I would really dress up the front with some dimension and did some paper flowers to make the front pop. I thought the title "timeless memories" was a great thing to put on the front of the album. 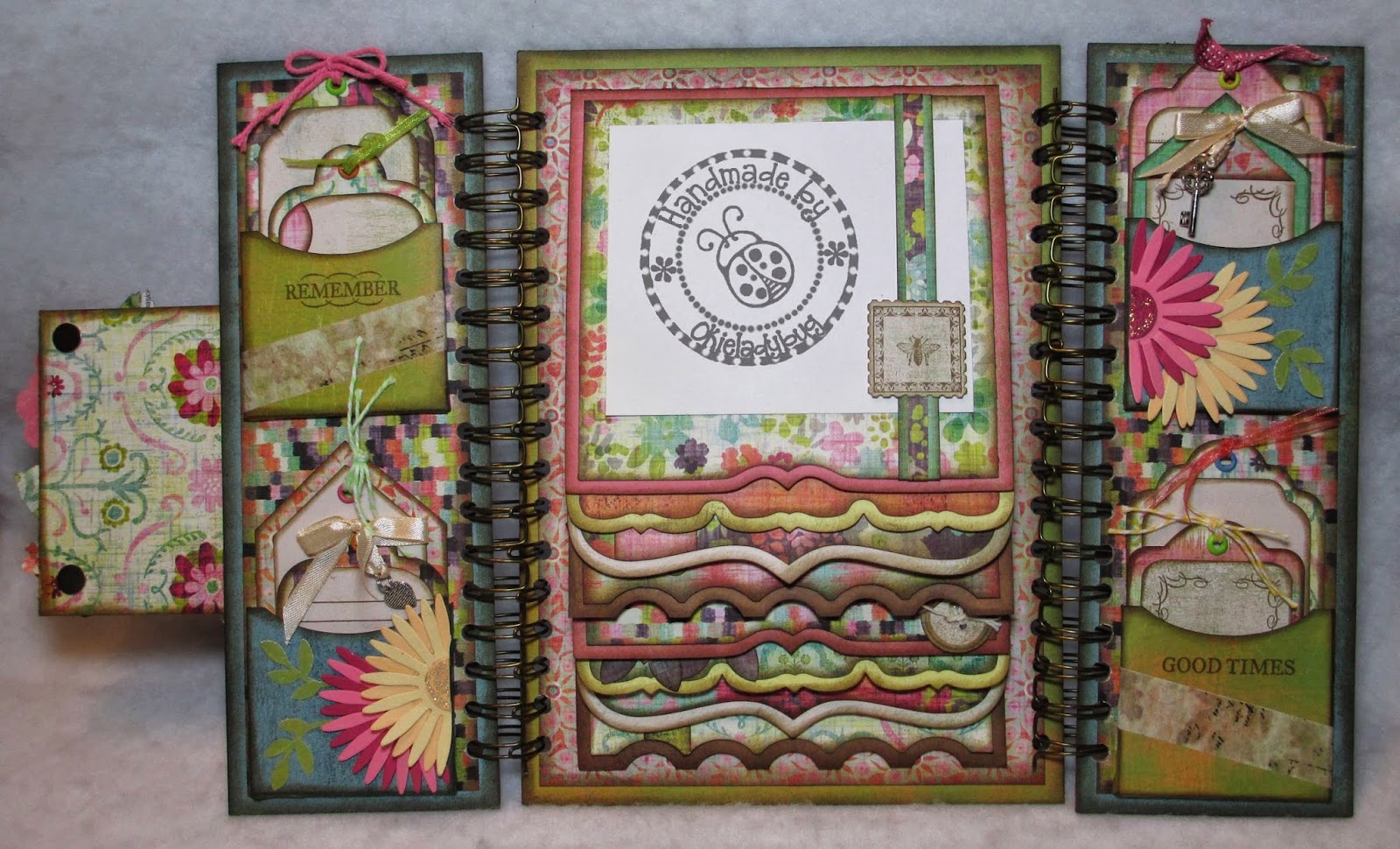 Here is how the album looks open. You might want to click the picture so you can see it larger. 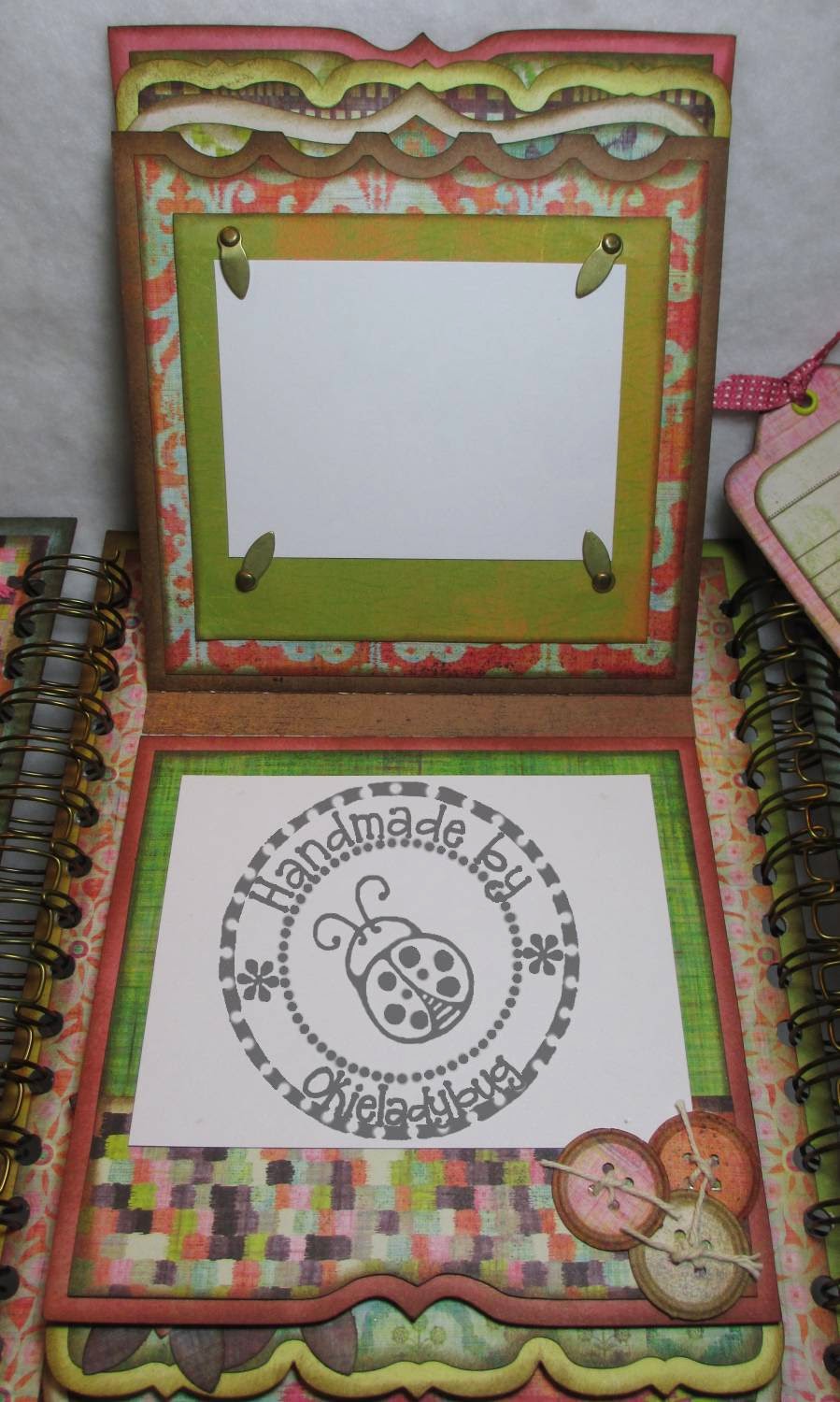 I tried to do a little extra on each page of the album but I really had to watch how much thickness I was adding. The white cardstock is to be used as templates for photos. I did find some different embellishments to use and even got out the ol' button punch. 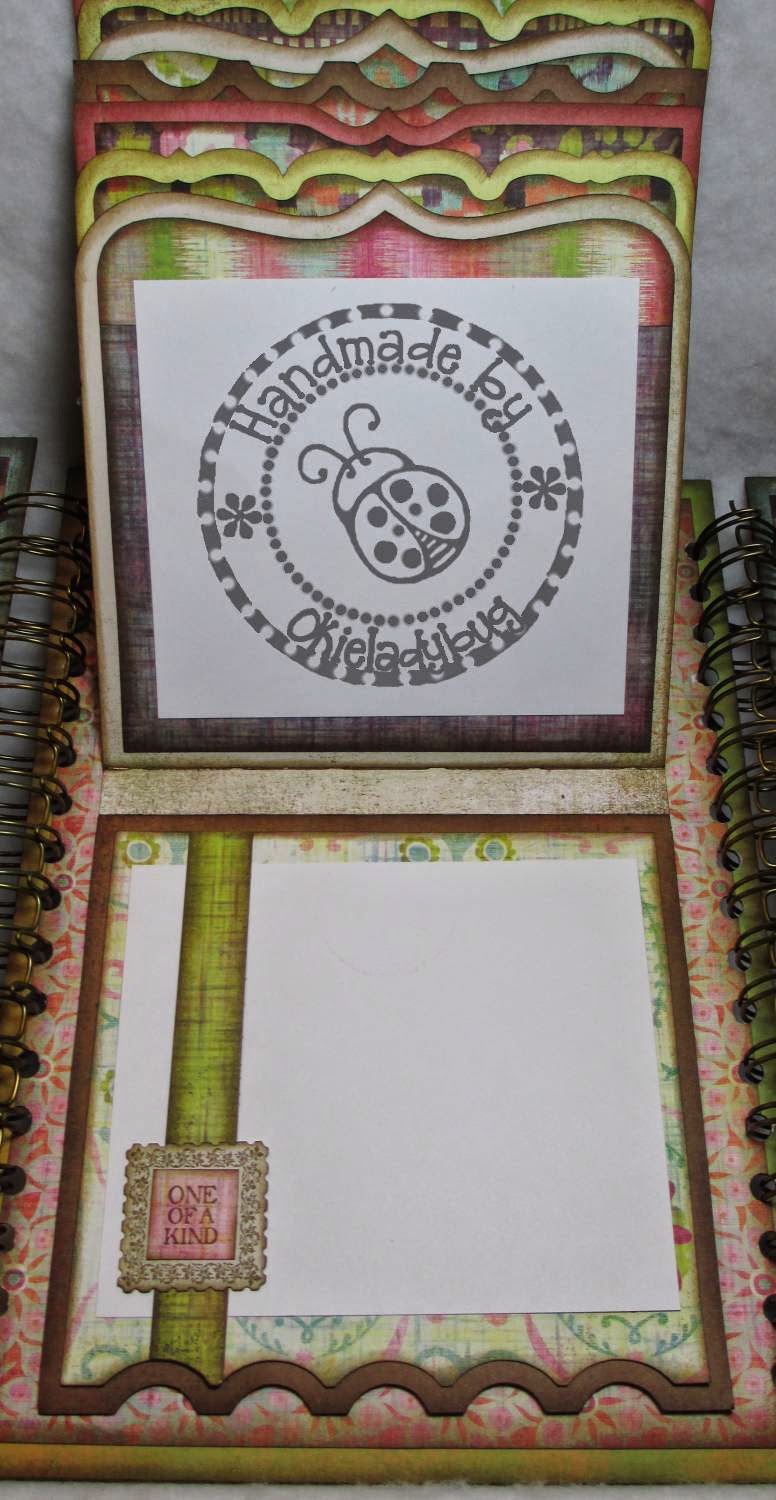 Some pages I left plain. I did use some of my stamps on a few of them to add a little interest. 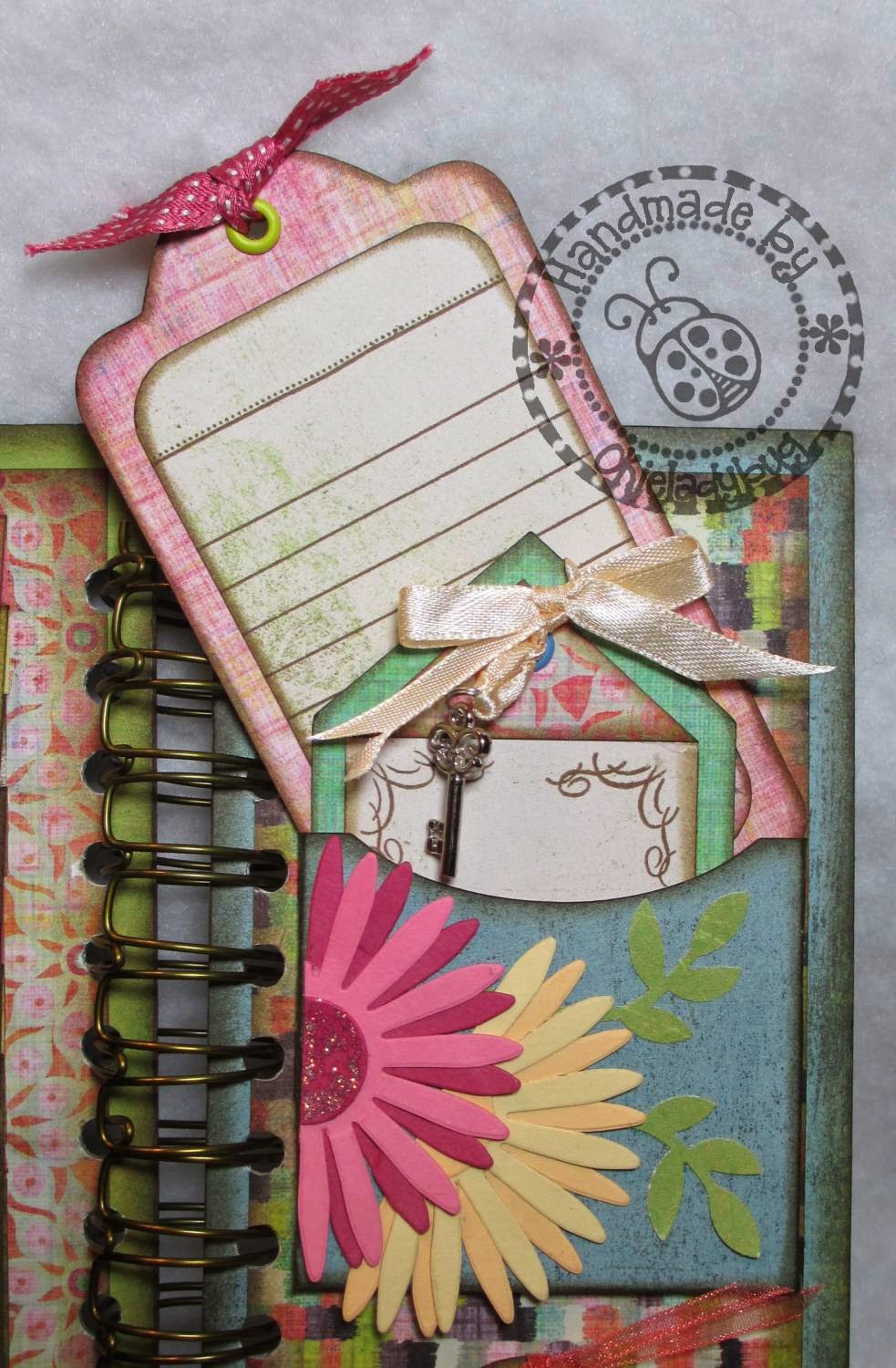 Carmen said her favorite thing about the album was working on the tags. I think the little pockets were kinda fun to decorate too. 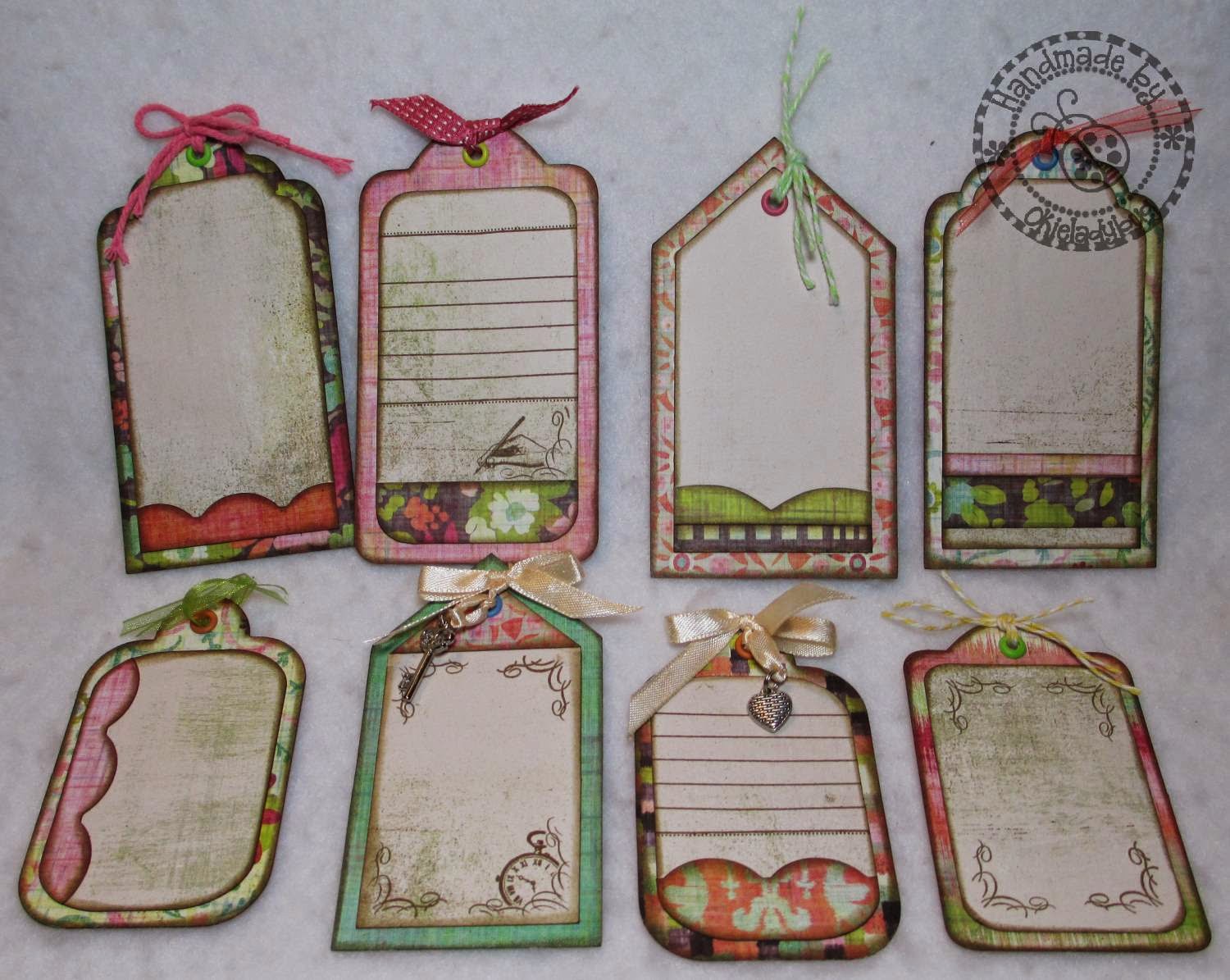 I stamped some lines on a few of mine for journaling. Others I added some corner stamps and some I left plain. 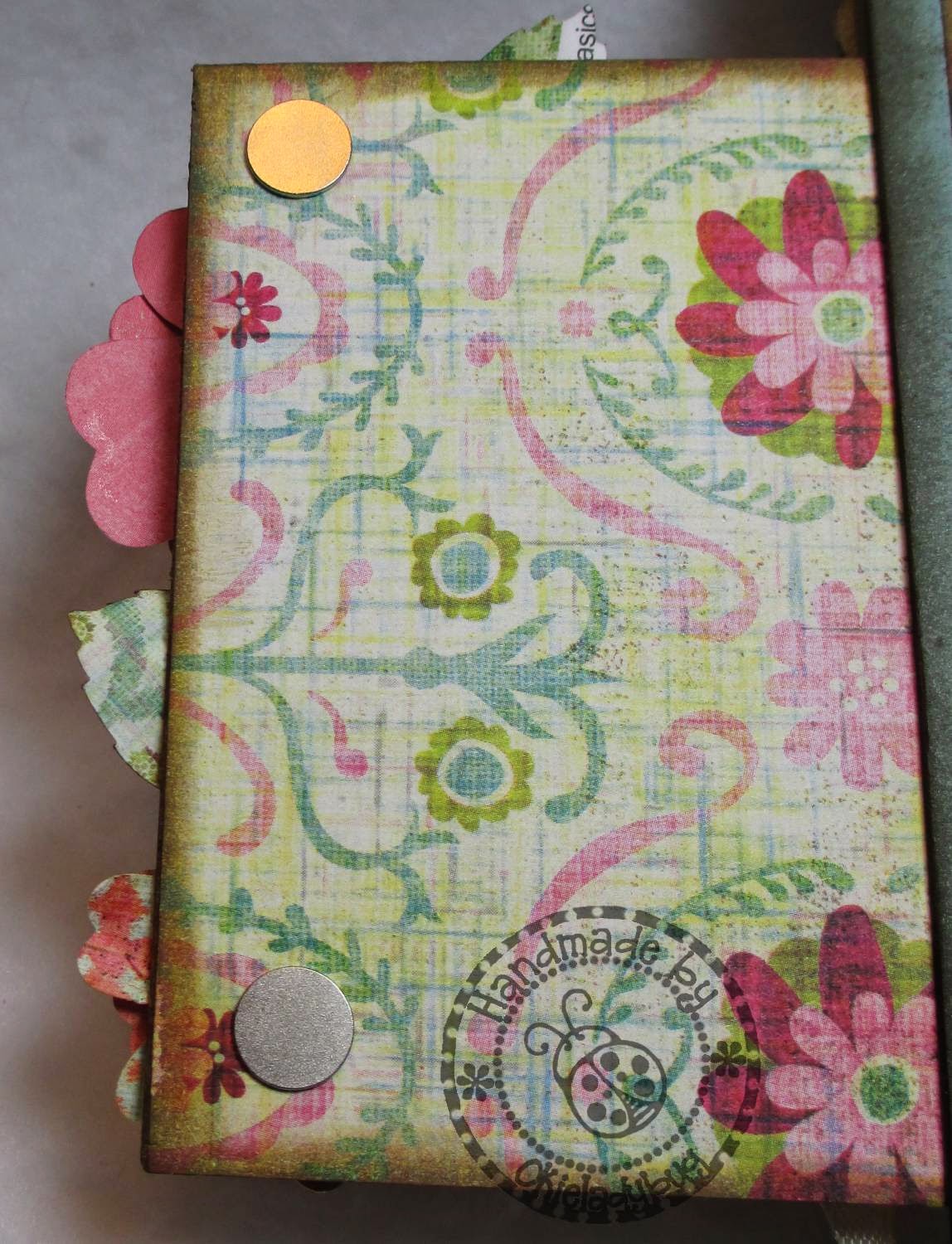 To help keep the album closed I used some Basic Grey magnet discs. I did have to use some Terrifically Tacky tape instead of the adhesive that was on there because it wasn't strong enough to hold the magnets.

Okay I'll try to get Carmen's album uploaded tomorrow and post it. We have another challenge this weekend...we are doing a 6x6 mini album!
Posted by okieladybug or okie_ladybug