YOU RIGHT IN THE FACE!!

Naomi called me and was asking why I hadn't been out in a few days. I told her I had been busy with work stuff and explained about having to do new intakes on half my caseload due to changes in the database and trying to still get all my sessions done and have been tired. She and I talked for quite awhile. She was telling me a story about a woman that had met a man over the internet and ended up with some odd disease from where he kissed her on the cheek and wanted me to be careful about men I meet. Then she said "oh you met that last one from a text message though didn't you. I guess he wouldn't have a disease" and we both cracked up laughing. 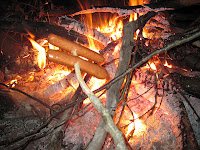 We discussed what I had done today and also about her family having a weenie roast and they were going to go lay outside and watch the moon tonight. She asked me if I had seen the moon and I told her I planned on looking at it. She told me to go outside and tell her what it looked like. I went out in the yard and explained it was in the southeast sky right now and that it was a light orange and rather large. I told her you could see the craters pretty good as well and how it had a nice glow about it.

She asked if I had been to Walmart and I told her no and that I need to go soon because I haven't went and gotten groceries in about a month and a half *okie hates grocery shopping* and I am getting down to nothing. I let her know if I go tomorrow I will come and get her list and get her stuff for her.

We chit chatted about other stuff for a bit and then she said "well I'll letcha go. Remember if you get out tomorrow to come get my list" and I assured her I would do so, and then she added "but if it's hot again don't bother getting out". Like hot weather has ever stopped me from going and running errands for her before *okie giggles about how silly Naomi can be sometimes*. 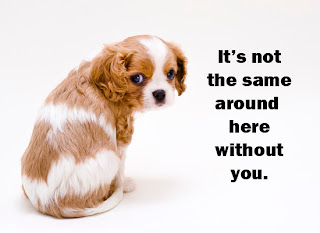 I was posting on Facebook about Naomi calling and after I made my original post I had a sudden realization that is now leaving me almost in tears. After a year and a half I still miss having her right next door. It was so easy to just run over there anytime I needed to talk to her or if she needed anything. Even though Ada is not a big town she is still on the other side of town now and it's not so easy and convenient. But the thing that hit me the hardest tonight was realizing that when Naomi was right next door I always had someone to talk to and spend time with but now that she is no longer there...well, I do get lonely. I don't like feeling lonely....
Posted by okieladybug or okie_ladybug