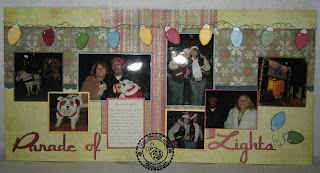 Lights in downtown Ada to kick off the Christmas Season. There haven't been many years where I have missed the parade. Last year was one year I would loved to have sat out the parade since the weather was bitterly cold. But since my daughter was in the parade that just wasn't possible!

So to make the best of it, with camera in hand we braved the cold and went to the parade!


I chose not to use the traditional colors of Christmas and I think the lighter colors made the pictures stand out more. Oh and do you notice my little Santa Claus Lucy? She loved the parade, or was it the people all standing around? Either way she had a great time! 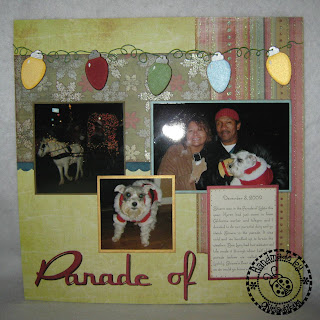 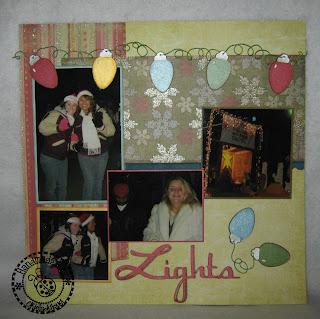 My favorite part of this layout, besides the pictures of course are the string of lights across the top. I used some wire that my friend Linda, aka LGuild gave me. Her husband helps a friend with telephone repair or something and instead of throwing away a bunch of old wire he gave it to her and she in turned shared with me! RECYCLING IS AWESOME!


Here are some close ups the lights on the string. I used Mica Stardream to cut the title and lights. The title is from Lyrical Letters and the lights are from Christmas Cheer. I did add a few lines on the silver of the lights just for some extra detail. 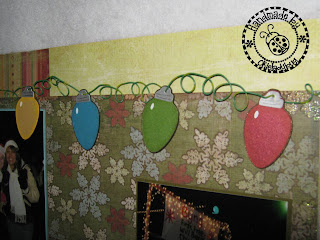 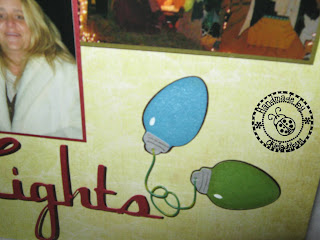 This is the last of the layouts I did at the Swarm. I think I better get started on some new layout kits for the next Swarm! I have a big one coming up in March in Dallas!!
Posted by okieladybug or okie_ladybug