For years now I have sworn by Stampin Up's cardstock for my card bases and have been able to justify the price by reminding myself of the quality but now I will be switching cardstock. 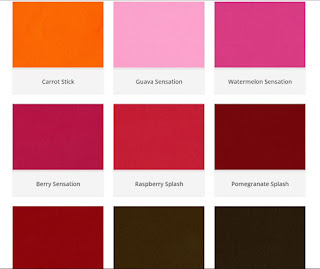 Each year it seems SU raises the prices on their products and I know prices always go up but I am going to stop ordering the SU cardstock for my card bases and start using the Bazzill Smoothie cardstock. I placed an order the other day with Joann's because they had the Smoothie on sale for half price. I know it is a little thinner than the SU but I can live with it since the SU is now $8 for a pack of 24 and the Bazzill, when on sale which is often enough for me, is $3.75 for 25 sheets. I am talking the 8.5 x 11 by the way. The Smoothie cardstock comes in some great colors and you can check out the colors at BAZZILL BASICS. 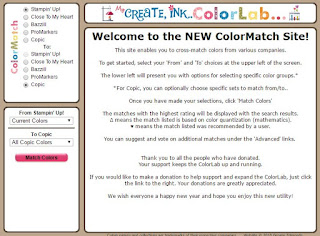 I did find how to match the colors to what SU cardstock I already have by using the My Create Ink ColorMatch site. The cool thing about this site is that you can compare colors between Stampin Up, Close to My Heart, Bazzill, ProMarkers and Copic. Once I get my order I will compare the colors I got to the Stampin Up colors I have to see how well things match up and then I will also add them on the Excel sheet I talked about yesterday.


Bazzill also has some cardstock called Card Shoppe and it is more comparabe to Stampin Up but is a bit pricier. I was able to get quite a few packages of the Peanut Cluster cardstock at Zipp for $1.50 and of course I snatched up every package I found. I even shared a few packages with Carmen and Linda.

One of the main reasons for my switch is that I do a lot of cards with my groups at McCalls and it gets rather expensive using the Stampin Up cardstock and I have found that the Bazzill works just fine.

I'll keep ya posted on the colors when I get my order and how well it compares to the Stampin Up.
Posted by okieladybug or okie_ladybug 17 comments:

Email ThisBlogThis!Share to TwitterShare to FacebookShare to Pinterest
Labels: Bazzill, Stampin Up 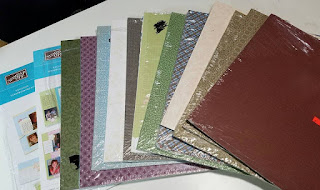 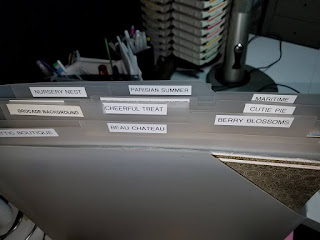 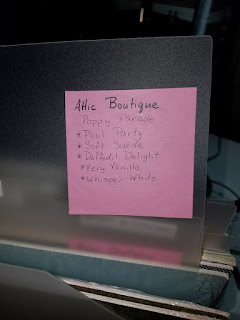 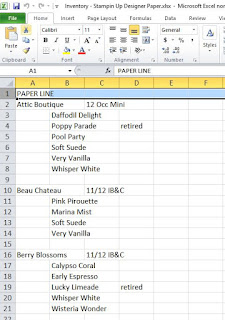 Dear Men Of The World

Dear Men Of The World,

I think you somehow got mixed up when getting in line for the maturity gene. I, on the other hand, have reached the life marker of 50 years and have matured since who and what I was in early adulthood. Since I have never been married and raised my daughter alone I had to become independent. My independence affords me the following...
but mostly I have learned to enjoy my own company and can make it through life without needing a man to feel I am worthy as a woman.

If I chose to have you in my life it is because I enjoy your companionship. The definition of companionship in my life is simply, to quote Merriam and Webster "the good feeling that comes from being with someone else". Let me dumb it down for ya a bit, *clears throat* I mean explain it more clearly so there is no misunderstanding - "being with" is spending time with and having conversation on a regular basis. So yes, actually doing activities, attending events and talking to one another. One more explanation, talking requires face to face conversation with words coming out of the mouth. It is not words on the screen of a phone.

Please take a note, I'll wait while you get a pen and paper...
My amour-propre doesn't rise or fall with what you say or think about me. Instead it is based on belief in myself. There is nothing you can say to or about me that is going to make me want to suddenly have your penis slide into my vagina. So unless we are companions do not approach me with any suggestions of sex, and even then don't ask but instead let things happen as time goes on. I can and have done without sex and have learned that while it is wonderful with someone I love I don't need sex to have a happy life.

In other words, go grab a magazine, some Vaseline and get it on with yourself because this woman right here is NOT going to be your
or any other euphemism you might want to use for the situation of having sexual intercourse without being a companion in life.

Sincerely,
ME
Posted by okieladybug or okie_ladybug 14 comments: