I Am Lottery Stupid!

With all the hype of the huge 1.5 billion jackpot and at the urging of BFF Carmen I decided to buy a lottery ticket and I quickly found out that I am lottery stupid!

First off the little convenience store was full of people, which it never is that full, so I knew people must be buying tickets and I figured I would just watch and see what they did to make my buying a lottery ticket an easier experience. I quickly learned that I could not watch that many people and listen to what they were saying to the two cashiers and figure out how to purchase a lottery ticket. I stood there more confused than ever!

When it was my turn in line, with still about 8 people behind me, the cashier asked if I wanted to pick my own numbers and I said "NOOOOO! If I do that I will be here when the store closes and I will have missed the drawing because I have no idea what numbers to pick" and everyone in the store laughed at me. I told her I never bought lottery tickets and she said "so you want to do the quick pick?". Of course I had to ask what that was and she told me that the machine picks the numbers. After glancing over my shoulder to see if the folks behind me were ready to cause a riot because I was taking so long I turned back to the cashier and with an exasperated look on my face told her "that would be a lot quicker".

Well then came the question "so which one do you want to play? Do you want the powerball or do you want the multiplier, but if you get the multiplier it probably doesn't really mean much for tonight's drawing" and she went on to explain something about paying 10x or double or some shit like that. Looking at her like she has 3 heads told her "I have no idea, I just know I am suppose to spend $3 a ticket and just give me $15 worth of numbers". Smiling, more like giggling at me, she then went on to tell me something about lines and pointed to some pictures on the counter about a multiplier and I was like "uh huh" and then repeated "I wanted to spend $15", again came the laughter. 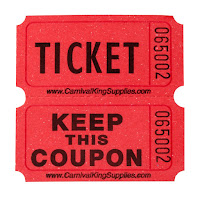 After walking over behind another counter she came back with a piece of paper and I thought to myself that it didn't look much like a ticket *okie was picture a ticket like for a raffle drawing* but I didn't dare say anything because I figured all those folks had laughed at me enough for one night. I quickly paid her for the piece of paper and thought to myself I should have just went to the liquor store and kicked in another 10 bucks for a nice box of wine because I would probably get more enjoyment out of it and it would last longer than that piece of paper will. I quickly shoved the paper in my wallet and as I walked out of the store the guys behind me all hollered "good luck" I just waved behind me without looking because I didn't want to see them laughing at me again. 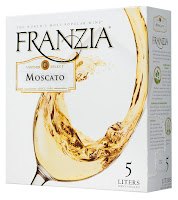 When I got home I called BFF Carmen and told her that I was mad at her because she never taught me how to play the lottery to which she responded "Girl I don't know either!". I shared my experience with Carmen and she laughed at me too. I am thinking the next time she tells me to buy lottery tickets I will just tell her I bought the damn tickets and instead go for the box of wine!
Posted by okieladybug or okie_ladybug