So behind with my stamp organization! What started out to just put a few stamps away turned into me finally getting a bunch of stamps organized in my STAMP ORGANIZATION system that I have and evidently I haven't done it in probably over a year and a half *okie hangs head in shame*.

I can't believe I let things get that out of control. I know how it happened actually. I went to a few stamp sales and bought stamps, found some online in Facebook groups that were a great price, a friend sent me some and I the stamps I have ordered over the last year were all waiting for me to do something with them....and waiting...and waiting....and waiting, until this weekend and POOF I just ended up doing it. 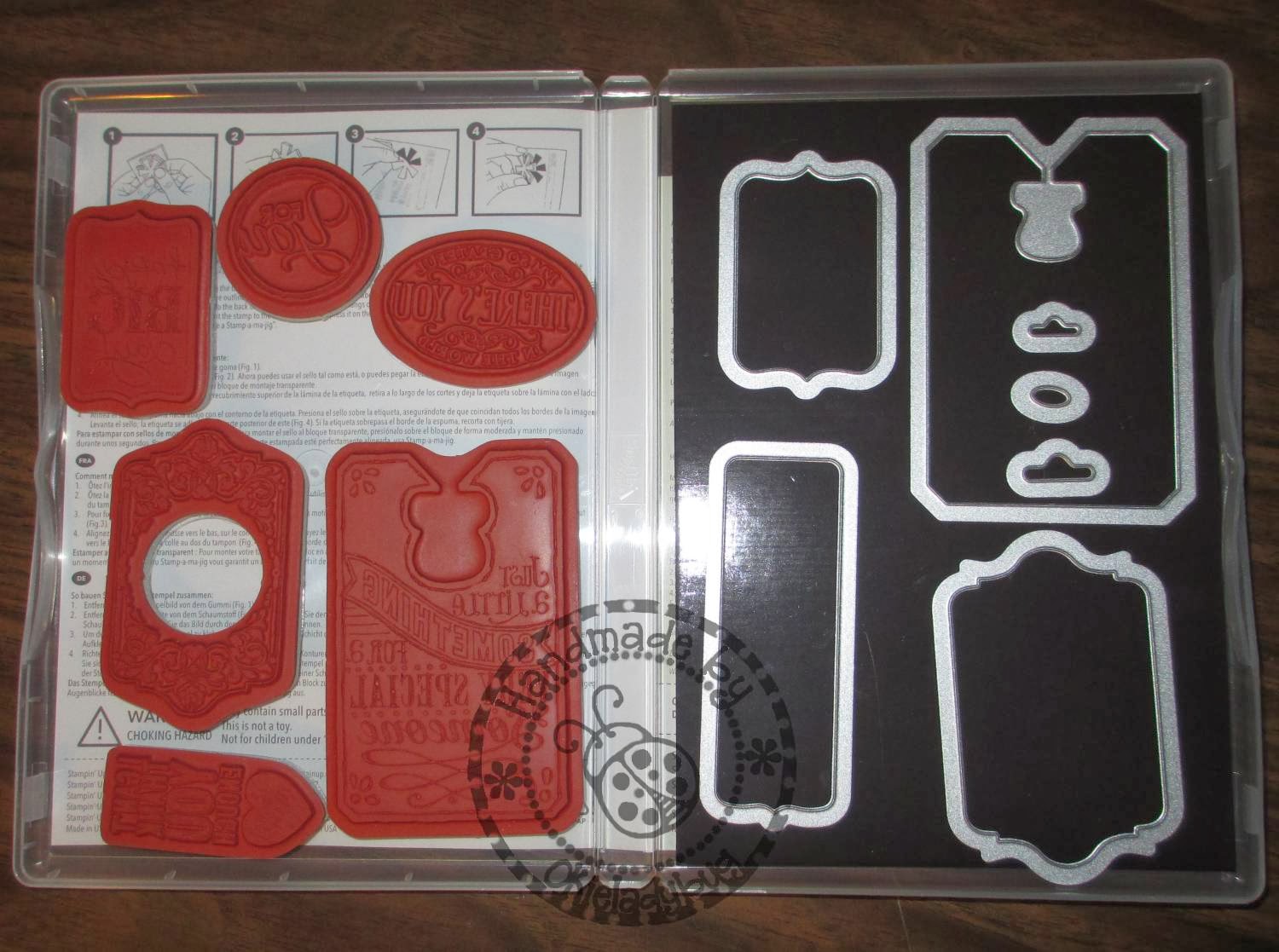 One of the things I did was put my stamp sets that have framelits or dies, such as the few Sizzix I have and my Chalk Talk set I just ordered, in cases with their coordinating stamps.

Originally I had the dies in bags but then I remembered I had bought some magnetic sheets that were actually sold as vent covers at Dollar Tree back in the fall, or it could have been summer, and thought I might try those. They cut down easy with my guillotine trimmer and I used some Terrifically Tacky Tape to adhere the magnet sheet to the case. 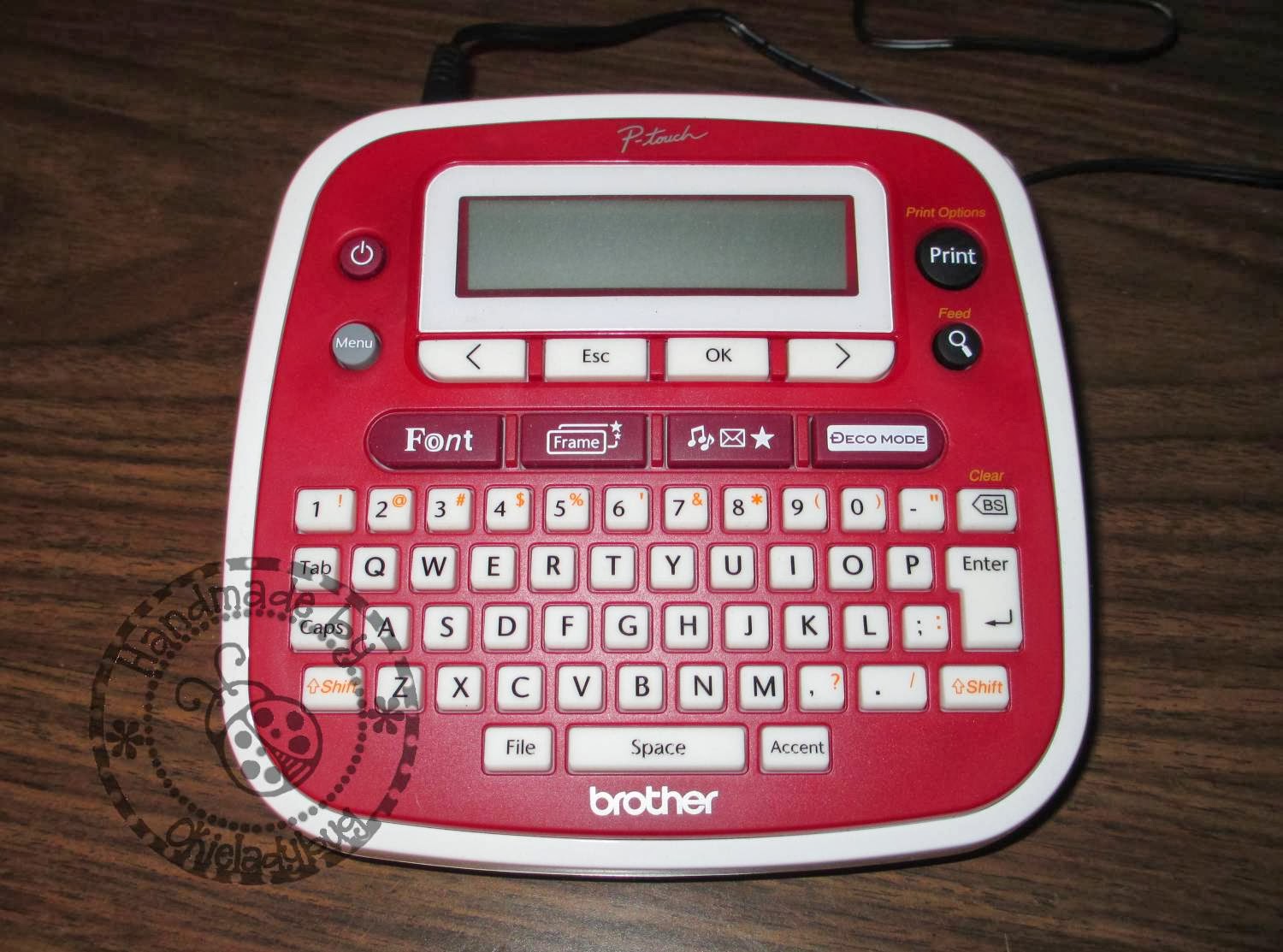 I also needed to relabel all my cases since the paper stickers I had used originally were peeling up. During Black Friday I got this really cool label maker at Staples for $10 and thought this was the perfect time to fire this baby up! I had to order the power cord separately and it is worth it since the thing seems to really drain batteries. I wrote down the settings I used for when I have to make more labels and I can have them look the same. I also did print off a few extra letters for future use. 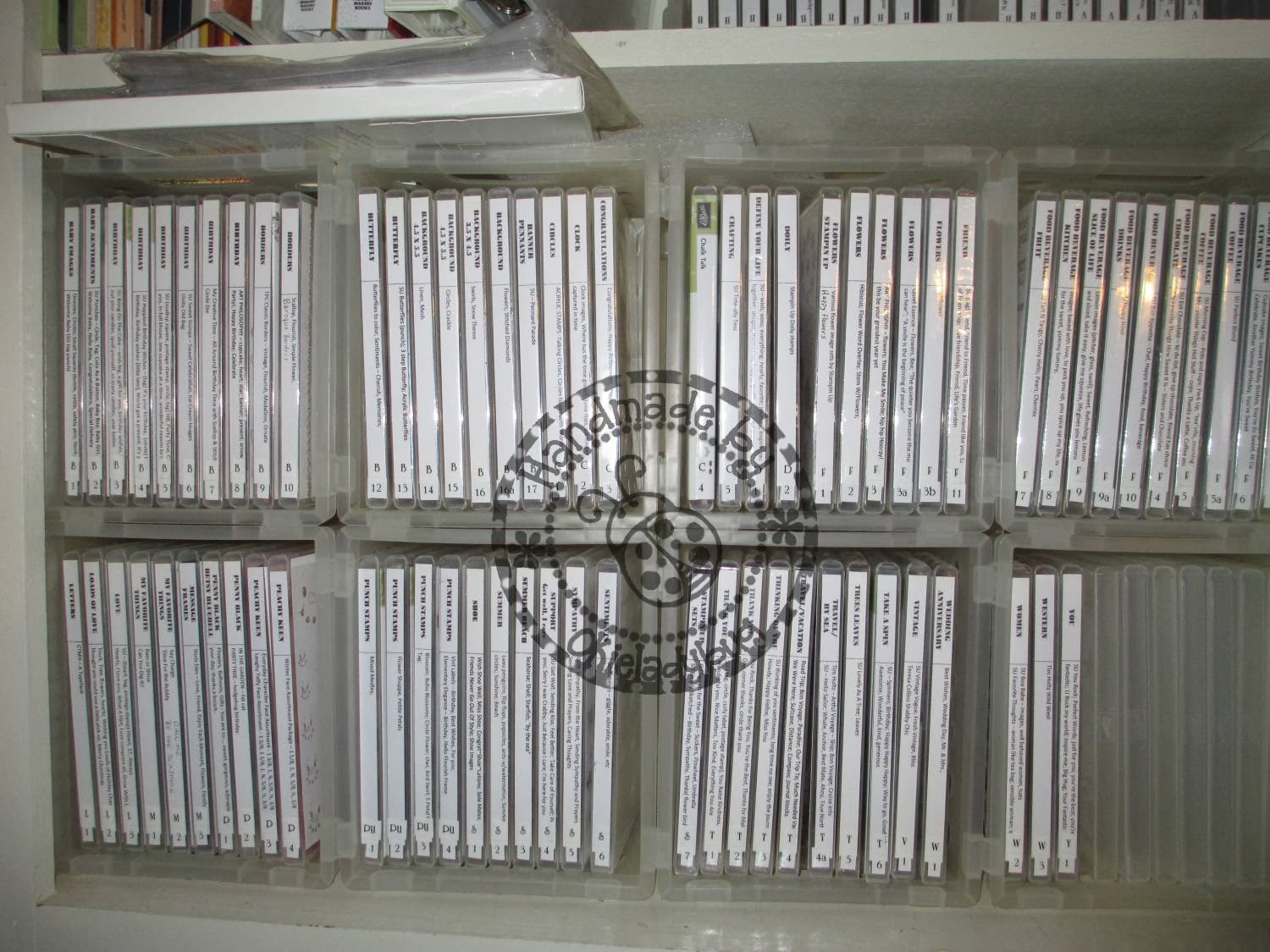 You might need to click the picture and make it bigger to see the labels at the bottom of the spine on the CD cases, but if you can't just take my word that they are looking rather nice and neat.

I am taking a solemn oath that I will never again let my stamp organization get behind to the extent I did! At least now I can look at that shelf area and not feel a panic attack coming on.
Posted by okieladybug or okie_ladybug