A few months ago I cleaned up my Pazzles machine, ya know gave it a good dusting and cleaned out all the cracks and crevices, something we should all do to our machines much more often than I do to mine! One of the issues was the "cutting strip" which is the little line where the blade cuts. Mine looked dirty and nasty! 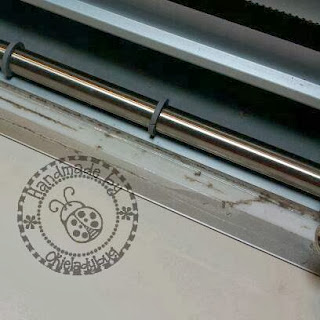 I was already in the process of cleaning the strip area when I took this picture. I was trying to get rid of the dirt and some of the curling on the clear tape and the tape started coming off. I wasn't even sure what the heck was going on and thought my machine was ruined. But after posting a few people put my mind at ease that it was the cutting strip and needs to be changed occasionally. 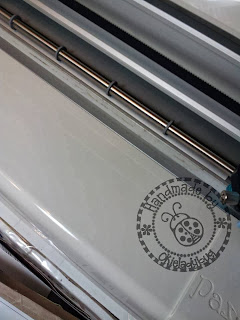 This is how it looked after I got it all cleaned. Someone had suggested using alcohol and that seemed to work pretty good. I also got an exacto knife and cut away at some of the clear tape that was curling up. I knew I would need to order another cutting strip in the near future and I did find that you can get them from Pazzles.com and I found an instructional video on how to change the strip so I was prepared for when I ordered a new one.


I finally broke down and ordered another strip last week when my Pazzles kept missing cuts. Well not missing, but not cutting all the way through the vinyl. It was always around the same place on the mat and I tried a new mat and that didn't resolve the problem so I gave up and ordered the strip. It wasn't hard to change out the strip, just a little icky because of the adhesive and thank goodness for Undu! If you don't have Undu and you are a scrapbooker then you need to get some! It is the most awesome stuff and most Walmart stores are carrying it now so it is a lot easier to find. 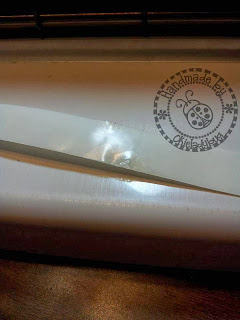 With the video loaded on my laptop and my Pazzles on my table I went to work on changing out the strip. I got the old tape and strip off and all the adhesive removed, although it took me a lot longer than the 1.35 minutes it took the lady in the video.

Once all that was done I put my new strip down and made sure it was in there good and then grabbed the clear tape out of the box. When I unrolled it I saw a two wrinkles! I just knew I was totally screwed until I could order another strip and redo the process. Of course I was not happy about just receiving this and it having this wrinkle so I was actually kinda pissed too. But I was more upset about the thought about not being able to use my machine for probably at least another week.

I posted on Pazzles Facebook wall about the issue and also posted the picture, asking if I could still use this. I figured it would be a problem since the curling tape was a problem and this was a huge azz wrinkle. After sitting and thinking for a few moments I came up with a solution. 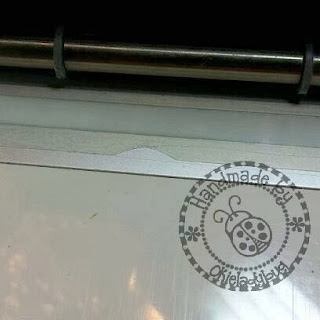 I decided that since I had cut away part of the tape that curled on the old strip that I could just cut away the wrinkles out of the new strip! Sometimes my enormously over-sized head that holds my gigantic brain comes up with a good idea. Now I can at least use my Pazzles until I can get another cutting strip ordered. And yeah, I am still a little peeved since the dang strip is $15 and the stupid shipping was over $8!