Well if sinning against ProvoCraft makes one go to hell that is. First off let me say I have been a very loyal and strong advocate for ProvoCraft over the years and I still feel they have the right to protect their company, products and interests 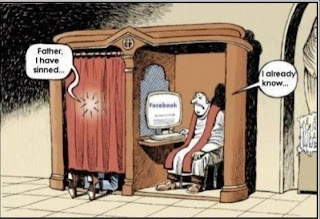 I have had the Make The Cut software for a long time, way before the big lawsuit took place. I had opened it a few times and since I didn't know how to use it and I want to just make my chit and not have to look up how to use a program I never messed with it...UNTIL NOW.

I have never knocked anyone for using the "software that shall not be named" *okie cracks up remembering everyone saying that when referring to MTC or SCAL* and I have some very wonderful crafting friends that I disagreed with about the whole lawsuit thing, and we just agreed to disagree at that point and went about being the happy merry friends we were and still are.

I am not sure if everyone is aware but there was a long wait for quite a few of the new carts to get updated in Design Studio. I had a few that I couldn't use because as we all know I am rendered useless with my Cricut without my beloved Design Studio. Okay, I'll be honest and say I did use CCR for a project but only because I had no other choice. That LITTLE PROJECT that should have taken me about 15 minutes to get laid out and cut ended up being an ordeal that took a few hours. It also required a lot of curse words as my friend Linda can attest to since she was on the phone with me.

Discussing the whole dilemma with my friend Carmen and me telling her that I decided if I needed to start looking for another program to learn I wanted one that must meet a few requirements...
1. NO INTERNET NEEDED
2. NOT GLITCHY
3. IMAGES DO NOT JUMP AROUND
4. I CAN SEE THE IMAGES AND SCREEN CLEARLY
Well this lead Carmen saying "You've had MTC for a long time why not try it".

Anyway long story short *okie thinks it might be too late for that*, with the help of Carmen and a little finagling *okie is so glad that spell check knew that word because she had it all jacked up*  I was able to get my MTC up and running. So far all I have done is play around with the fonts on my computer and I did a title for a layout that I will hopefully get posted tomorrow.

For now I thought I would share a picture of the title. I was able to do the double layered shadow very easily and I do love that! Of course if ya know anything about me ya know how I love my shadows on images. I just think it makes them go POP! I could have spent hours looking for a font to use since I believe I can now cut with any font on my computer but I didn't want to take time looking forever. Now ironically enough, the name of this font is Hurry Up. My friend Amy got a kick out of that irony. Amy is a big time MTC user and has been from the get go I do believe. I know her and Misty probably have some kinda evil drool running down their chins and rubbing their hands together maliciously as the salivate at the idea of me "turning to the dark side" *okie suddenly thinks she might have some pretty weird friends, shrugs and figures they think the same about her*.

However, if it gets to the point where ProvoCraft doesn't support Design Studio then I believe I will have to find a high powered divorce lawyer and  file for a divorce on the grounds of neglect and abandonment. At that point I sure hope ProvoCraft remembers I never signed a prenup!
Posted by okieladybug or okie_ladybug

Email ThisBlogThis!Share to TwitterShare to FacebookShare to Pinterest
Labels: Commentary, Make The Cut