I had never made an envelope album before and I totally messed this one up but I still ended up liking it. I messed it up by not allowing spaces to add tags and such in the pockets of the envelope. Next time I make one I won't use as many envelopes so I'll be able to do the pockets and such. 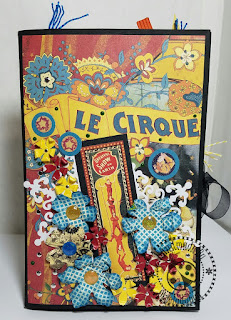 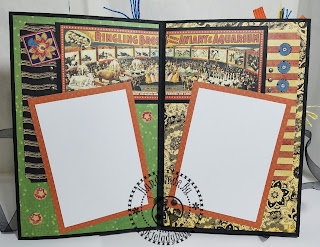 I love looking at all the Graphic45 projects people make and I would love to do one of those super fancy projects one day but the practical side of my brain always overrides the creative side of my brain. I have the need to make sure a project is usable and not just something to look at, especially if it is going to be handled frequently. This issue causes the pages in my albums to be fairly simple and flat. 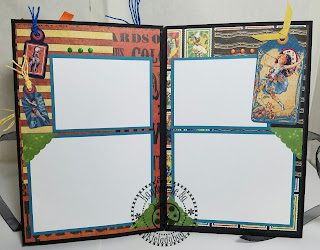 Another need I have is to have enough spots for pictures. I mean it is an album for cheez-it's sakes and there should be pictures! I do try to balance it out on the pages and think of them as a small scrapbook page. I always include the white paper so people can remove it and use it as a template for their pictures as I know not everyone is a scrapbooker and might get nervous about adding pictures. Well even my friend Carmen is like that and she is a scrapbooker. I have given her mini albums over the years and the ones that have pictures in them are the ones that I printed off the pictures and put in there. She tells me "I don't want to mess it up". 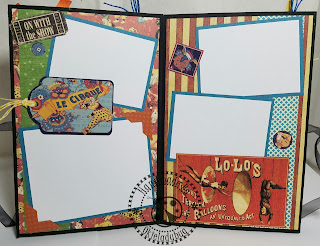 I always say one of the great things about Graphic45 paper is that there are so many elements that can be fussy cut and used on projects. It makes it so easy to embellish whatever project you are making. The tag on this left hand side has the Maya Road Twine Cording on it. I really love that stuff! It's thicker than regular bakers twine and I have used it on several projects as "rope". 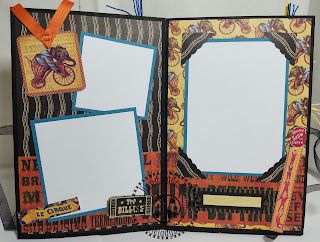 One of the difficulties I have is not covering up the picture area too much since I don't know what pictures people will be using. I try to keep the elements from overlapping that area and have to finagle an embellishment around quite often until I get it to what I think is right. 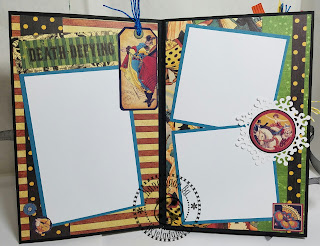 I like to mix picture sizes up on the pages so it's not just all one size through out the album. I think this allows for some good group photos or some close up shots. 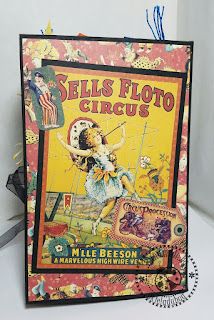 When I make albums I try to keep the back as flat as possible because that is where most people are going to be holding the album when looking at it and besides no one really looks at the backs of books so why work hard to decorate something that is usually ignored.

I actually made 4 of these *okie knows there are some folks saying "of course she did"* and did them quite some time ago but never got them posted. I have another album I'll be posting soon that is using the Graphic 45 World's Fair collection.