***REVISED*** After this was posted in a Facebook group a lady named Bev told me an easier way and I tried it and POOF! Yep a lot easier and faster so the instructions have been revised and post has been updated. Shout out to Bev for sharing her instructions!!

I had another card scheduled to post for today but I decided to share how this information instead. I had posted about making envelopes on Facebook and several people asked me to make a blog post with instructions and I'm just now getting around to doing posting it so to those who asked I apologize for the delay!

I'm not quite sure when I got my We R Memory Keeps Envelope Punch Board but until recently I hadn't really used it but a few times. One of the reasons is that it doesn't make a true A2 size envelope and according to postal codes the size it makes will cost extra postage. I determined that by using my handy dandy Mailing Template that I got from the post office years ago. I have used it for square envies and loved it for that purpose. 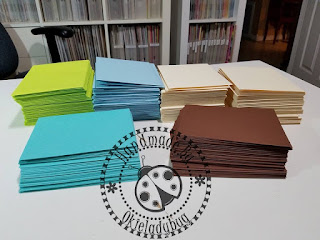 When Carmen was visiting we decided to sit down and figure out if we could actually make a true A2 envelope and I knew there had to be some way to do it! After a few failed attempts we finally figured it out and got the measurements down. Now it might seem like a lot to do in order to get a true A2 envelope but once you get in the swing of things it goes fast and if you are using 20lb paper like I did then you can actually score, punch and clip 3 at a time and I thought the paper actually scored and punched better when doing 2-3 sheets at a time. Generally I like to use 24lb paper but I got a steal of a deal on some reams of blue and ivory Hammerhill copy paper, $1 a ream!! The ivory was actually long enough that I could get 2 envelopes out of one sheet and the blue was long enough that I was able to make an A2 envelope and 3x3 envelope. I can't remember how many envelopes I made in a week while just watching TV but it was around 400. 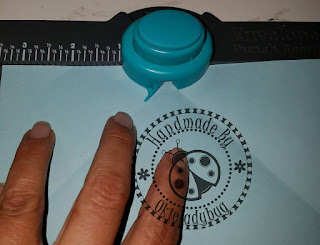 Start out with cutting your paper at 8", NOT the 8 1/8" as printed on the envelope board and make your first score as at 3 1/2" and punch, or you can punch first and then score, just which ever you prefer. Then just continue to turn, punch and score as normal. 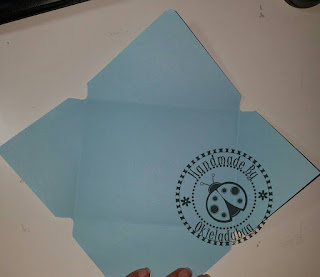 After you have your paper scored and punched you will have a piece of paper that looks like this. The flap that is punched will be the flap of the envelope and you will use the back side of the board to round the corner. 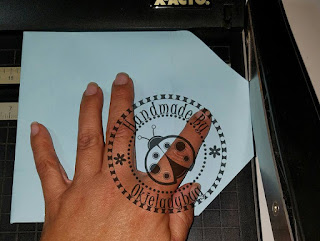 This step is a personal preference since I don't like the tip of the bottom flap going above the line of my side flaps. Fold in the sides and the top flap, and using your trimmer line up the top of the envelope and trim at 6 3/4"" which will give you a nice straight edge where your sides and bottom flap meet. I usually trim 4-6 at once to save time. 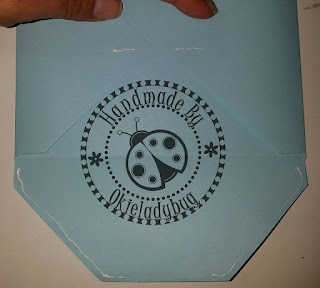 Unfold the top flap straight and keep sides folded in. You can use tape, glue or whatever is your preference for making the envelope stay closed.

I used my Fineline Glue Applicator bottle to glue my envelope together and you can tell in the picture where I left a little area in the middle of the bottom flap without glue and the reason is that if you do put glue there then you are going to glue the bottom flap to the front of the envelope *okie isn't sure that just made sense*...Um...just don't glue in the middle, do like the picture shows. 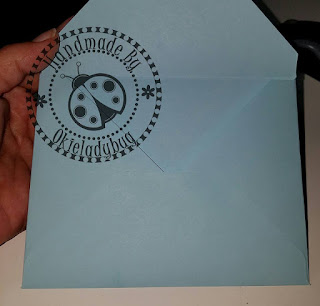 Now all you have to do is fold the bottom flap up and POOF! Your envelope is done! A lot of people use Score Tape or other types of things to put on the flap so the envelope can be sealed but I went a different route and made envelope glue! I found a recipe on the internet and it works great. If you think you are interested in making your own envelope glue just come back for tomorrow's post!