My friend Carmen sent me a link to "Mini Muffin Tin Tutorial" on The Papercraft Post blog saying how cute the project was, and when I saw it I agreed it was indeed cute. Now for those of you who have been reader for awhile know good and well I was not about to print out that tutorial and grab my scissors and cut it by hand. NNOOOO that would be ludicrous! Why should I cut something by hand when I have a rather expensive machine sitting right here in front of me that can cut it for me. Of course this only leaves the issue of having to create a file so the machine can cut it, a time consuming task to be sure! 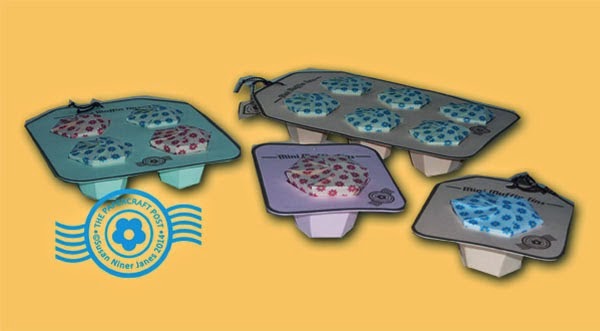 The owner of the blog, Susan Niner Janes, really put some good work into the tutorial and it was easy to understand and had a variety of features. She had the tin with six, four and one as options if you need different sizes. Her files are available in PDF format and are clearly labeled. I didn't try printing them since I hadn't yet put new ink in my printer. I believe if I had the Pazzles Vue I would have tried the cut and print to see how these would turn out.

Another deterrent from me printing out those cute little muffin tins is the fact that I have thousands *okie is quite certain there are thousands but isn't going to go count* of sheets of paper that I can cut and if I ruin a few *okie thinks as long a it is sheets she doesn't really care for* trying out something new then it is no big deal. Now to be honest it likely would not have been so time consuming but I wanted to add score marks since none would be printed and it would make it easier to put together and I am a bit meticulous when it comes to such things on files I make. It literally took me a full day to recreate these in Make The Cut and it should not have taken that long *okie curses her need to have things exact*.

After spending most of Friday working on the files I thought it was time to see if it would cut okay. I decided to cut the quad tin, for no particular reason. The paper I used probably isn't the best and sometimes we can't really tell how things are going to look until they are done and I think the "pan" needed to be a bit more plain as to really set off the liners. 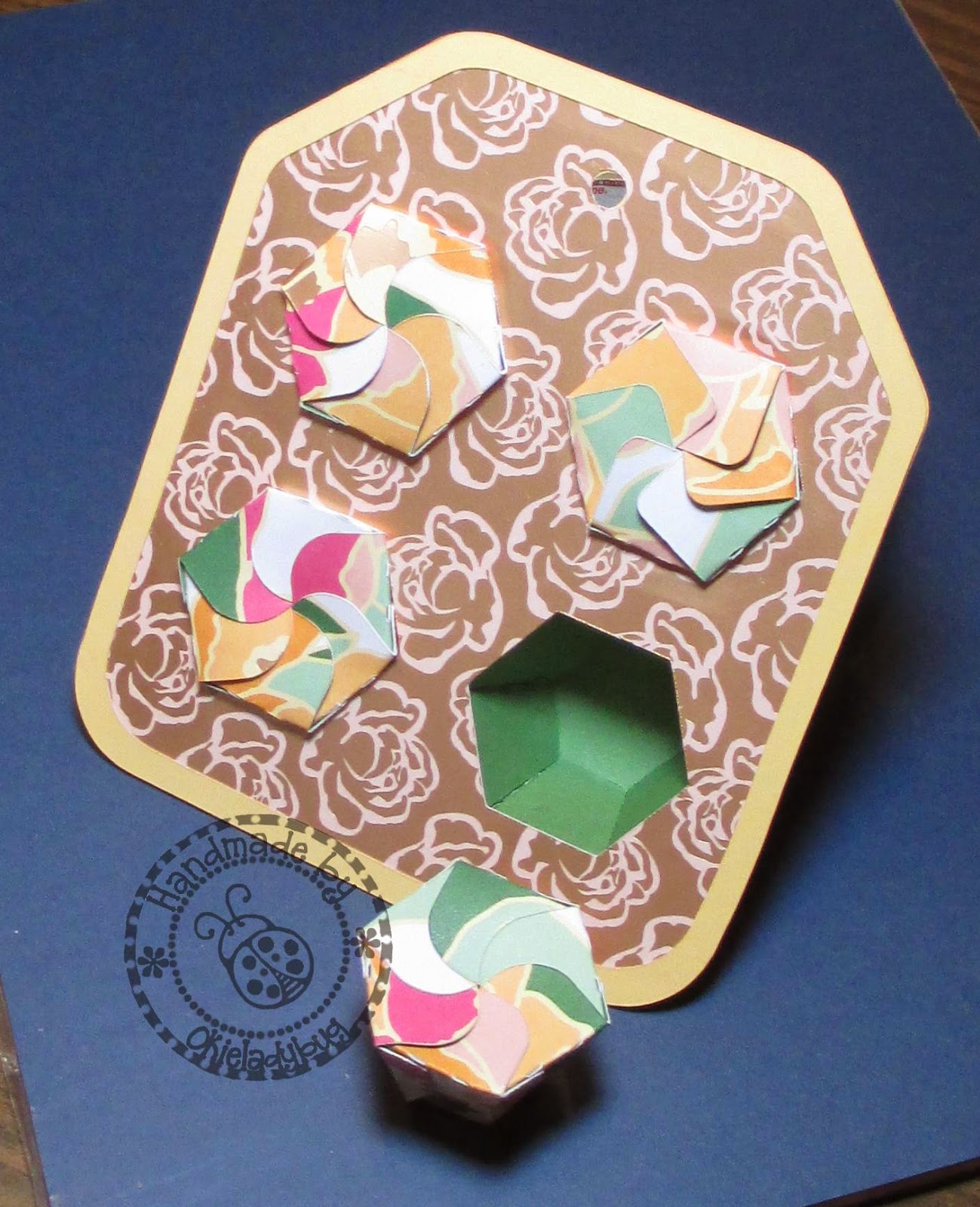 Here is the one that I cut. The tin part measures approximately 5" x 4 3/8" x 1" and those cute little liners measure approximately 1" x 1 1/4", which is not very big at all. Susan did say that the single muffin tin was larger and I am not sure how big it really is since I didn't cut that one. I thought it would be bigger than what it came out to be *okie realizes she still has some issues with seeing something smaller as bigger and will now and forever blame men for this problem of hers* and I may try resizing it and cutting another one sometime.

I do think these are too stinkin cute but not sure what need I would have for them but if my daughter was still a child *okie again wonders when that grown arse daughter of hers is gonna leave the nest* I would probably have used them for a cupcake party. The little liners are large enough to hold small things like sprinkles and other decorative goodies. There are probably plenty of ideas for the use of the little tins and once I did get the file done and cut it went together fairly quickly.

I'm not making the file available for download since I didn't ask Susan if I could do so but for those who have the print and cut feature with your machines it should be easy enough for you to make.
Posted by okieladybug or okie_ladybug