Blast from the Past - Eating From A Spoon - layout

I use to post Motivation Challenges on the Cricut message board so some of us could stop talkin about scrappin and start doin some scrappin! This layout was one of my favorites, not only because of the great cuts from Printing Press that looked like blocks but because I love these pictures of my daughter! 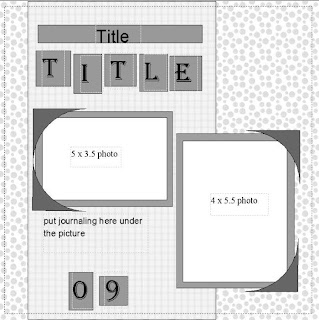 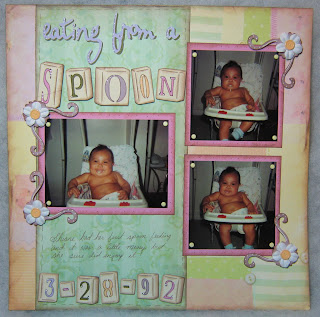 We are at sea today and heading to Half Moon Cay. We will be having Cricut classes today and I think I am suppose to learn about my Gypsy. I was hoping the dang thing would jump overboard but with my luck someone would throw it a life preserver and save it! OH YA'LL HUSH NOW! I am only kidding *okie knows she isn't kidding but doesn't want to offend the Gypsy lovers out there...at least not too much*. I had to make sure I packed some reading glasses so I can see that dang little screen!
Posted by okieladybug or okie_ladybug