I decided that Carmen and I should do a challenge card so I designed one in Make The Cut. I then thought I would post it for the members of the Old Cricut Community Facebook group to see if anyone wanted to participate and there were a few who did. 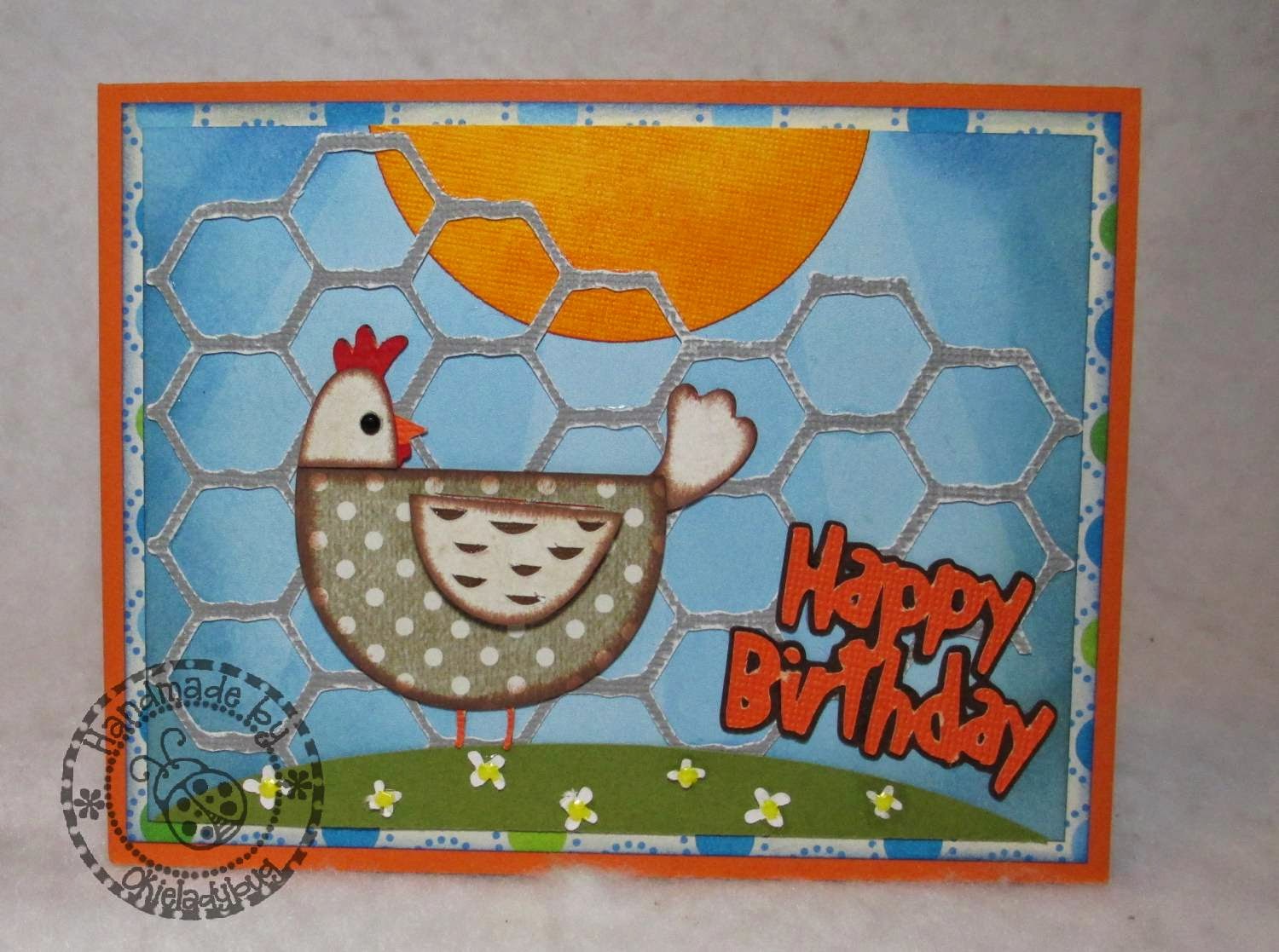 For some reason it took me all day to get 6 of these done and I have no idea why since it wasn't a difficult card to do. I think I am getting distracted by my marathon watching of the HBO series Six Feet Under. I never watched it before and now I am hooked and haven't watched anything else since I started the series. That HBOgo is as addictive as Netflix I tell ya! Ummm, this was about a card though wasn't it! 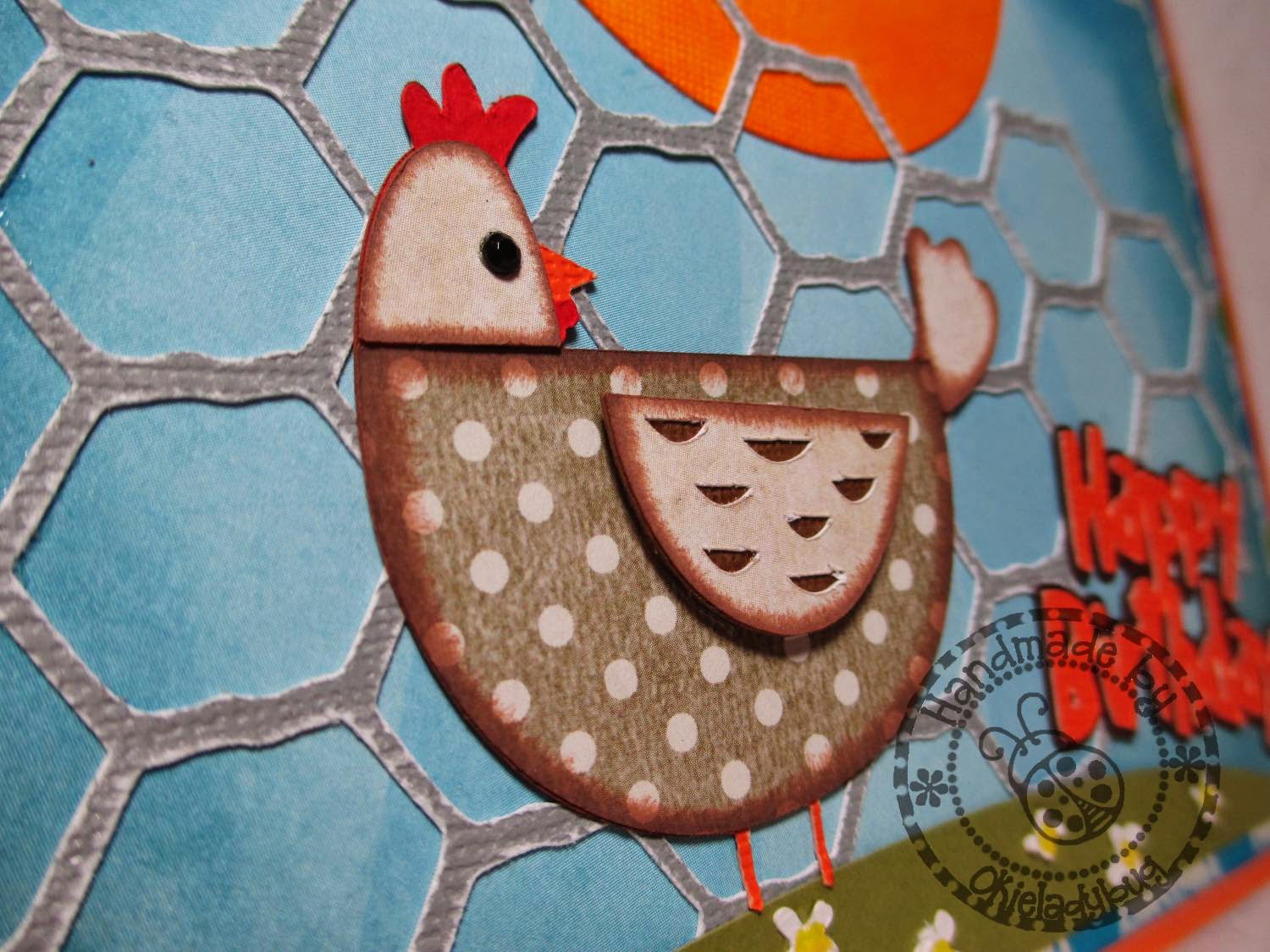 I used a small black hot fix gem for the eye of the chicken. On the wing I did use a small piece of mounting foam to pop dot it off the body. I decided not to use a shadow layer on the chicken which is a little odd for me since I tend to shadow everything. 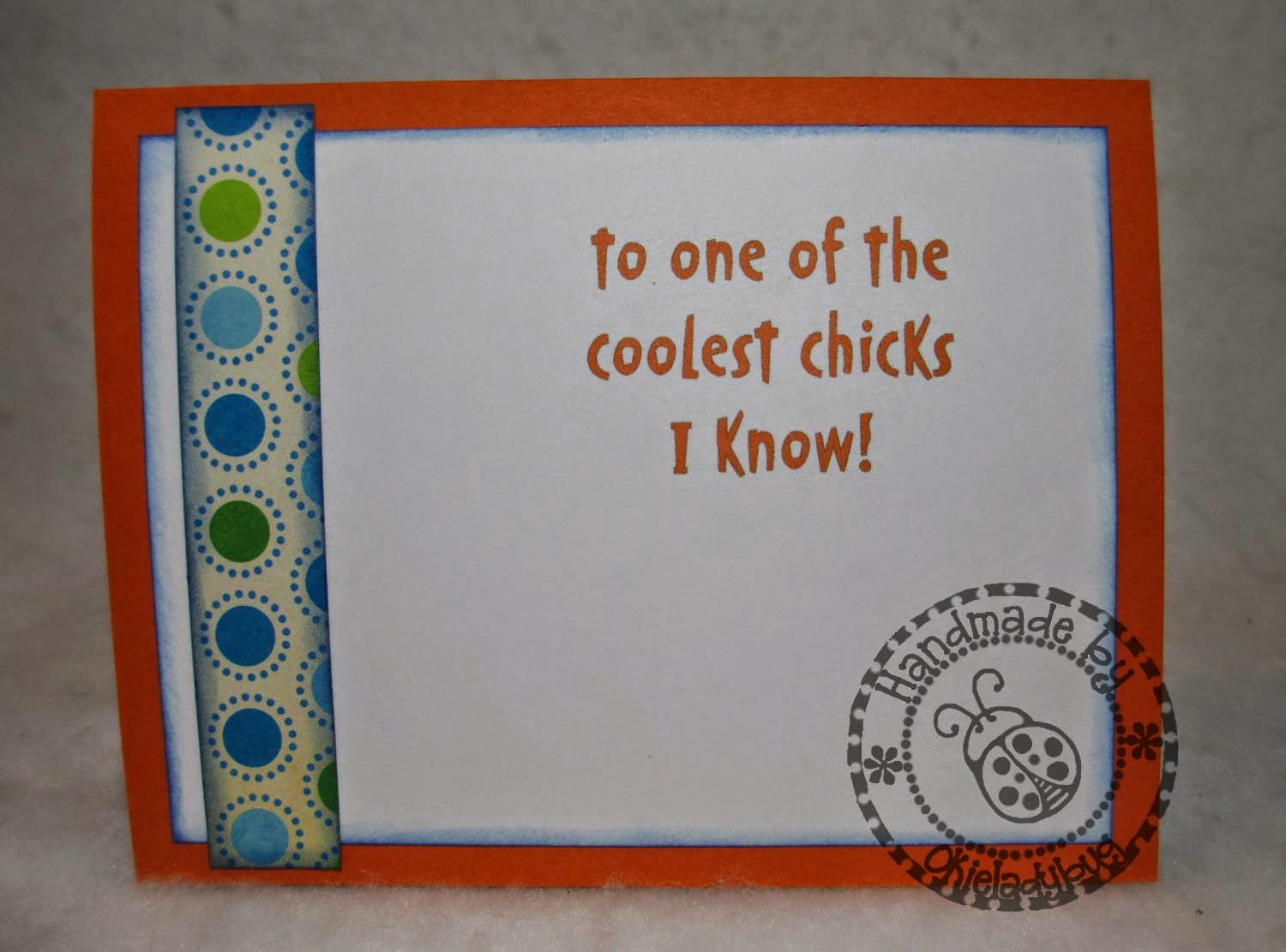 I used Hallmark Card Studio to do the inside sentiment and used the same font as I used on the front of the card. That is another thing I love about MTC...font matching!

This is the first time I've had a file available for download in quite some time and I think it is because I have been doing more stamping than cutting lately.