To Find The Perfect Machine

Someone posted on Facebook a link to the Die Cutting Machines Review 2013. There was some opposition about the accuracy of the machines. I haven't used all the machines listed but it did make me think about the machines I have tried. Cricut Original - This was my first die cutting machine and I instantly fell in love. It cut so accurately and with the help of Design Studio I rarely wasted any paper. I got perfect circles and scallop circles from this machine. During a recent Facebook converation it was discussed how this machine seemed to be more solid built than the newer versions of Cricut machines. I think I have to agree. Mine was a work horse for sure and I have to admit it cut beautifully. 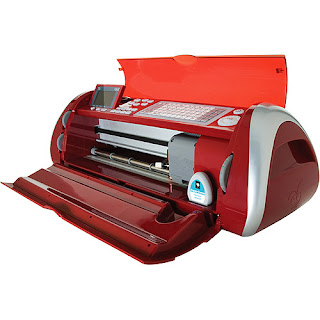 Cricut Expressions - I upgraded to an Expressions after some very generous people donated to my website thinking I needed to get with the program and be able to make bigger cuts.

I had to return two different machines because I wasn't getting accurate cuts. ProvoCraft was very gracious about fixing the problem. I finally got one that cut decently, but still not as accurate as my baby bug did. I then purchased a Red Expressions because, well...I LOVE RED! I did luck out there and it cut better than the one I had previously. I sold my original Expression and made a friend in the process. 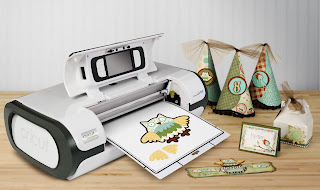 Cricut Imagine - I got to use one of these machines while I was on a Cricut Cruise and I was not impressed. It was too testy and the slightest bump seemed to knock it off calibration and made the cuts inaccurate. Not that I go around bumping my machines or the tables they sit on I sure didn't want to bother with a machine that was so touchy. I did think the whole printing and cutting thing was pretty cool, but not cool enough for me to be come an Imagine user. I guess it is a good thing I didn't want one since these are no longer being manufactured. I do know some folks who have Imagines and love them. I also know a lot of folks who have them and hate them.

Cricut Expressions 2 - I won one of these on the Cricut Cruise, and also won one during an HSN contest for a layout I entered. I sold one to my friend Wendi, who was also the person who bought my original Expressions for her mother-in-law who was wanting a Cricut. I used this a few times but since it didn't work with Design Studio it was more of a paper weight. The times I did use it I had to use my Gypsy...which we all know I loathed. I did get good cuts from it and I think I would have liked it more if it could have worked with Design Studio *okie suddenly wonders if that program will even open up on her computer now*. 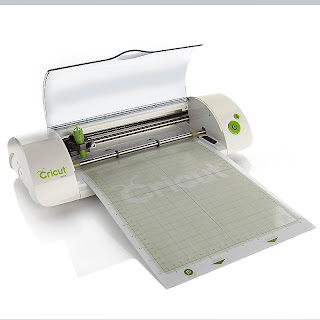 Cricut Mini - I won one of these on the last Cricut Cruise. It cuts great and is a little quieter than the Expressions. I have to use Cricut Craftroom if I want to use this machine and I don't much care for that program. It seems to lag due to the internet connection and is notorious for shutting down during the middle of crafting and if you don't save save save your file it is lost *okie so hates losing work*. The machine it's self seems to be a pretty good little cutter. Again, it didn't work with Design Studio so I didn't use it much. I still do have this machine, it's a dust collector now that I am using Make The Cut. 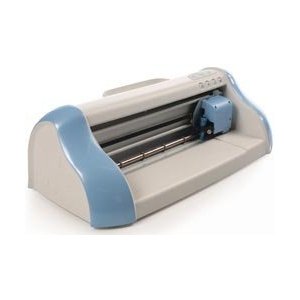 Pazzles - This machine can pretty much do anything I do believe. I acquired a Pazzles through an individual and I am still getting use to the settings on it. I use the machine with Make The Cut and it seems to cut very well so far...if I can get the settings right. I think if I had started out with this I wouldn't be so intimidated or make mistakes like I do. When I first got it I about cut straight through a mat. It has a lot of force and can cut a good variety of materials, everything from vellum to chipboard very easily. My decision to get a Pazzles was based on research on several machines. I originally wanted to get a Silhouette Cameo but after finding it can't cut chipboard I decided against it.


I think the machine a person should get really depends on their needs. I still feel the Cricut is awesome for those who don't want to be tied to a computer program. It does limit what you can do because so far none of their programs have the capability to do what Make the Cut or Sure Cuts A Lot can do. Overall from what I have found there is no perfect machine. Everyone has different opinions about pros and cons about any machine on the market.

I can say this...I have not regretted, not even once, from getting away from using cartridges. My Expressions works great with Make The Cut and I do believe it cuts even better than it did with using carts and Design Studio, the cuts just seem a little more accurate.

When I can find a machine that can pick out my papers, add adhesive on the back and put the layers together then I will have found the perfect machine. Until then I am happy with my Pazzles and Cricut Expression for my crafting needs.
Posted by okieladybug or okie_ladybug