Our project 3 was an Autograph book, although I am not sure anyone got an autograph in their book. I of course didn't finish mine until I got home. I didn't finish any project until I got home. Why you ask? BECAUSE I DO NOT SCRAP WELL WITH OTHERS! I am too dang nosy and too dang social to sit down and finish a project. I did work on my projects so at least I looked like I was doing something, at least for a few minutes I did. Then I would become engrossed in thoughts about one thing or another *okie knows she better not even try to explain her deep thoughts to folks or she will either be sent to a hospital for a nice little inpatient stay or be landing in jail*, or be walking around looking at what others were doing or just yakking with someone.

Luckily I do have pictures of the project since I did finish it at home! 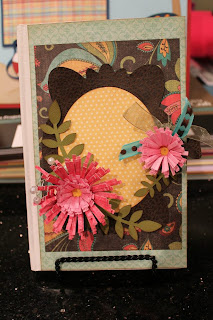 When we were shown the project there was a lot of "oohs and aahs" going on for sure! I thought this one looked fairly easy and I would get it done during class...YEAH RIGHT! I did get some inking done and my flowers cut with the Cuttlebug and put together, but once again I had to bring the project home so I could finish it.

This is the book that was displayed for us to look and use as an example. Very pretty isn't it!! 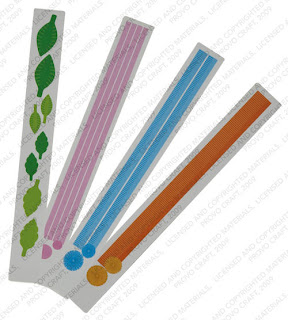 We used the Chrysanthemum quilling kit to make our flowers for the book and they were simple to make, even though I was told by a classmate "oh you did your flowers wrong...but they are pretty anyway". Of course since it was my book I figured I could have artistic license to make my dang flowers however I wanted! *okie won't say she read the directions wrong...especially since she believes "there are no mistakes in crafting, only creative opportunities"*. Evidently I didn't cut my papers correctly or something because I had to make snips on each line with scissors. I think it was because my kit had cardstock instead of paper and it is more difficult to cut cardstock with the kit. 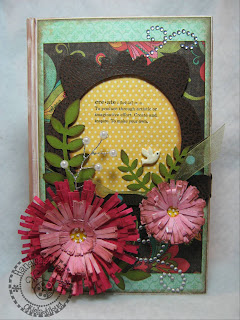 Here is my book finished. I did add a few things extra on mine, including stamping the "create" definition in the yellow area. BFF Karen cut a "K" out of the pleather *okie thinks pleather is such a fun little word* and added to her yellow area and it was really nice looking. I wish I had a picture to show you, but I don't.

I also added the bling and the little bird out of my own supplies at home. 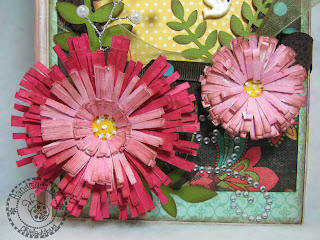 In the close up picture you can see where my big flower has 4 layers, I think it was only suppose to have 3, if I remember correctly. I added some Liquid Pearl dots in the center of the flowers because, well I just love the heel out of some Liquid Pearls! I think the bling swirls really added a lot as well. 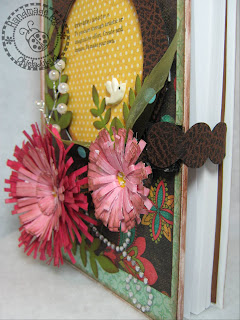 In this picture you can see the dimension a little better and also see the little closure ban that we put on the book. All the pages in the book are blank. I showed a picture of this to my friend Carmen, aka ScrapperDelighted, and she wanted to know if I was going to use this as a prize at my next Annual Girlfriend Christmas Party. I told her "I think I will keep it for myself", she sounded a little disappointed with that but I did tell her "ya know you can make your own dang book!". 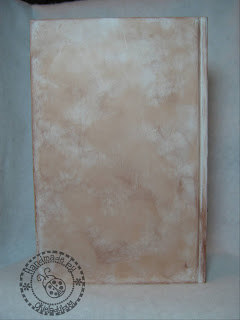 Another "okie addition" was inking the book. It was white...just plain stark white, and in my world that just will not do! I dotted Chestnut Roan and Creamy Brown Chalk Inks on the back and then smeared, yes that is a technical art term, with a paper towel to get the effect shown in the picture.

The book was a lot of fun to make and I think BFF Karen was really proud of her book she completed. She was afraid of the flowers getting smashed on the way home but as far as I know it made it home safe and sound.
Posted by okieladybug or okie_ladybug