After doing my little chalk art for the first time I came to the conclusion I am no artist and certainly not with chalk! I'm not even going to pretend that my chalkboard is the best and the board is some kinda of pressed board that Home Depot sells but even with that excuse I still can't blame my lack of skills on the material that was used. Although I was using Prang chalk and I'm quite sure it isn't top of the line chalk. There was some discussion on Facebook on one of my posts where the topic was chalk and a friend of mine said she got some chalk pens at Hobby Lobby that she liked and my dilemma is that I am at least 60 miles from the closest Hobby Lobby so off to Amazon I went in search of chalk markers. 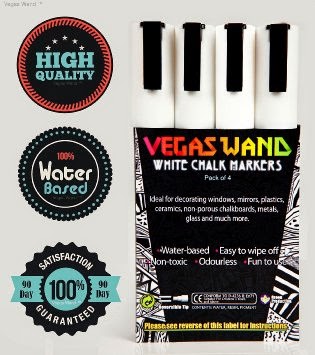 As you may know anytime you search something on Amazon you get a plethora of results and sometimes it is difficult to wade through the results. I often sort by review so I can find a good product, which is what I did with the chalk markers. I decided on the Vegas Wand White Chalk Markers since they had 5 stars and the price was decent, $10.99 for the four of them and since I am a Prime member I got free two day shipping *okie so loves the two free day shipping*. I also liked the idea that they markers have dual tips, one with a point and one with a chisel tip. You do have to switch the tip manually as they are not on both ends but since there were 4 markers I wouldn't have to try and switch during use. 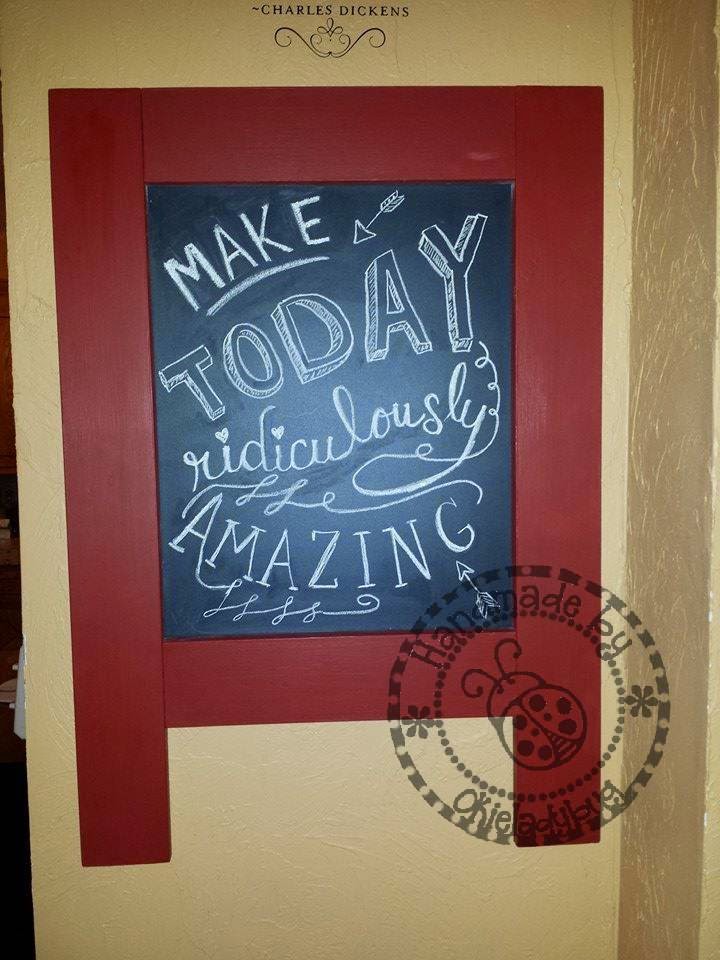 This is the first chalk art I did and I was using the Prang chalk I got from Staples. While it was okay I did find it was a bit difficult to use because of all the dust. I also had to "sharpen" the chalk with a nail file so I could get a half way decent point on the end and repeated that frequently. When I tried to make more solid heavier lines there was a LOT of dust and sharpening going on. 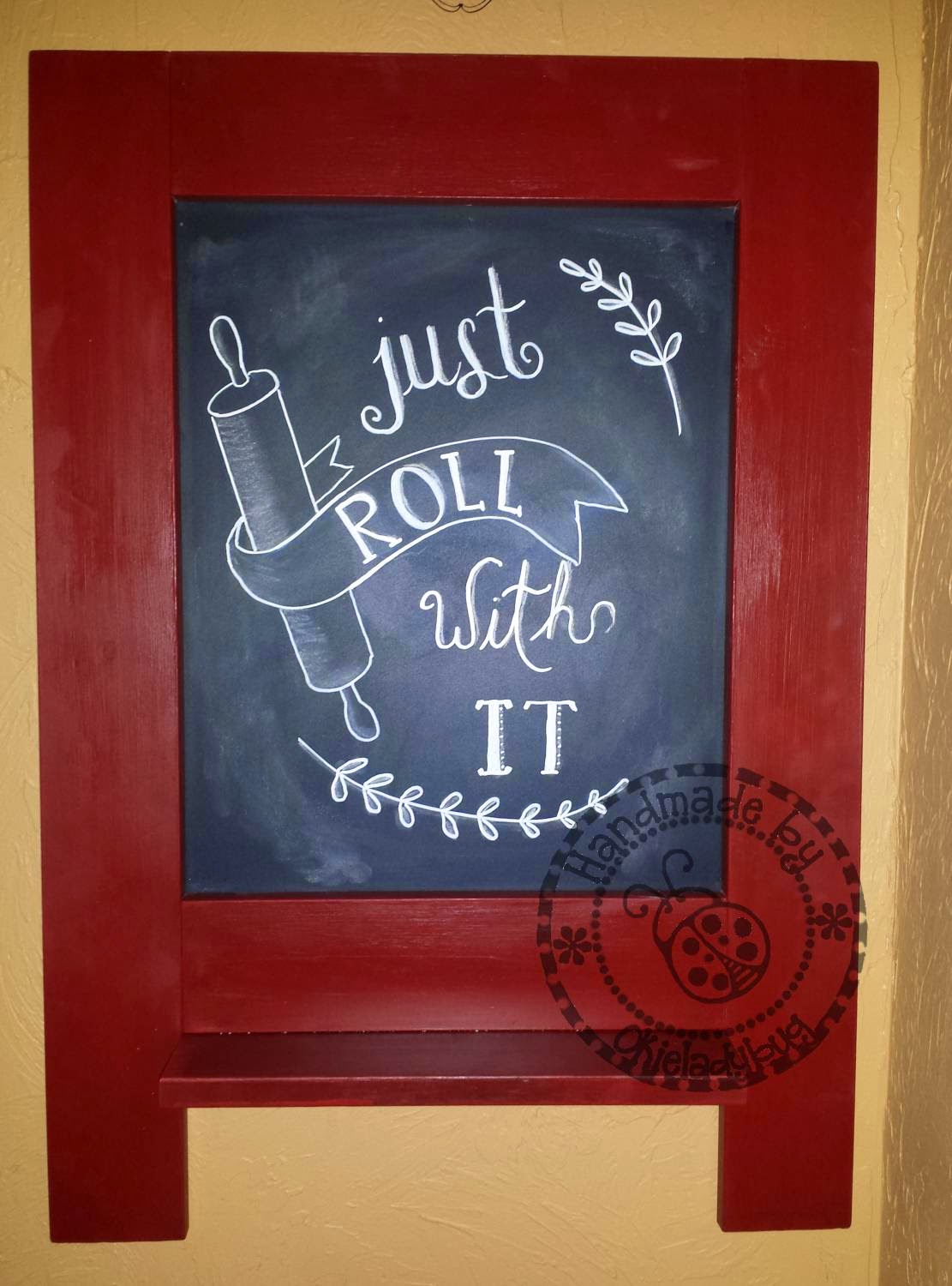 Here is my chalkboard after I used the Vegas Wand Chalk Markers. It was very easy to prepare the markers following the instructions and it works like a paint pen where you have to shake and then pump the tip a few times to get the ink flowing. The lines are nice and solid and the ink flowed nice. While I haven't tried any shading with the markers, I'm not sure how it would work out since it is more fluid. For this chalk art I used the Prang chalk for my shading.

I found it easy to remove any boo-boos with a damp paper towel. Make sure you don't use them on a porous surface.

My friend David said he thought it looked like a professional did it and I thought to myself he probably hasn't seen much chalk art. Even so, I am really happy with the markers and am thinking about maybe ordering some of the colored ones but then again I really like the simplicity of just the white.

I don't have other chalk markers to compare these to but I definitely would pay the price again for them and give them two thumbs up!
Posted by okieladybug or okie_ladybug