Once again I saw something in the Facebook group of Cricut Design Space that someone was wanting and I thought "I can do that" and told them I would give it a try. I tried to keep it as true to the picture that was posted but I did have to change a few fonts and adjust them to what I thought might cut better. 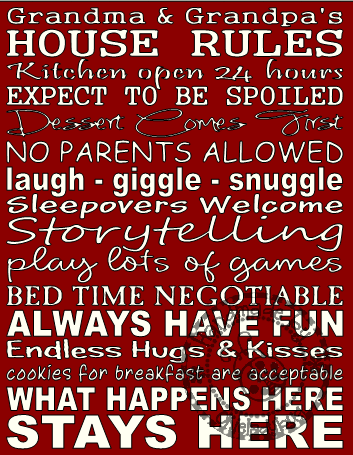 I think this would be a lot of weeding and not sure how well it would do on smaller projects such as glass blocks as someone suggested but I think it would be nice for a wall quote or if you had a larger canvas, I'm thinking the ones larger than 11" in length. The picture is kind of small since it is a screen shot of the image but the letters are a bit more clear and crisp in the file.