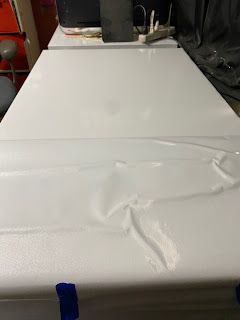 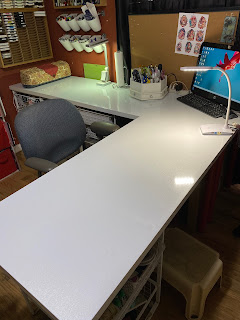 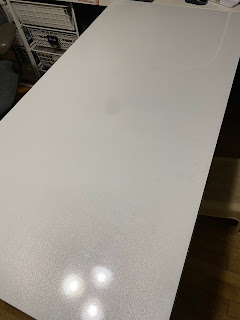 Here is a close up and if you notice there is a little bit of a glitter shine to the vinyl which I don't mind at all. Another thing I did was use my heat gun on the edges to make sure they were down good.
I covered these back in February I think and they are still looking good. I think it helps because I use my Tim Holtz Glass Media Mat (#amazonaffliate) when I'm crafting and it keeps the ink and glue from getting on the table but the times I have gotten ink on the table top it cleans up easily with the Stamp Cleaning Solution I make.
Posted by okieladybug or okie_ladybug